What is an Air Crew Member?

An air crew member forms an important part of either a civilian crew, or an air-borne army combat team.

What does an Air Crew Member do? 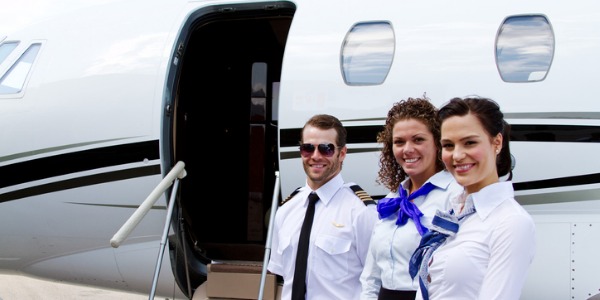 An air crew member's role in the civilian sector is considerably varied. Pilots are responsible for the control and operations of the flight, while first, second, and third officers take on command roles based on their set hierarchy. The final member of a civilian cockpit is the flight engineer, who monitors and controls aircraft systems, both during the flight and on the ground.

Those who work within civilian cabins also have varied roles. Loadmasters calculate cargo and passengers to determine gravity limits throughout the flight and prevent overloading. Pursers are responsible for money aboard the flight, and typically take an off-board role. Finally, cabin crew members are responsible for the overall well-being of passengers, serving food, drinks, and maintaining their health and safety.

Air crew members who work for the army have the responsibility of performing several jobs that make sure that combat, search and rescue missions, and aircraft communications run smoothly.

They are typically involved in the preparation and operation of air defence system weapons, such as determining what the target is, and evaluating the situation before firing. This also includes identifying whether the target is 'friendly' or whether it is a 'foe'. Air crew members also ensure that all artillery is fully stocked, and prepared for firing when the time comes.

Many air crew members are also involved in collecting intelligence and using it for defence and attack plans. This part of an air crew member's role involves working closely with reports, statistics, as well as geography in the form of grid maps and targets.

They use this information in order to alert the teams they work with about any readiness changes, as well as suggested fighting positions. Other army air crew member roles include working as a flight surgeon, pilot, or signaller.

Are you suited to be an air crew member?

Air crew members have distinct personalities. They tend to be investigative individuals, which means they’re intellectual, introspective, and inquisitive. They are curious, methodical, rational, analytical, and logical. Some of them are also enterprising, meaning they’re adventurous, ambitious, assertive, extroverted, energetic, enthusiastic, confident, and optimistic.

Does this sound like you? Take our free career test to find out if air crew member is one of your top career matches.

What is the workplace of an Air Crew Member like?

The workplace of air crew members depends on which sector they choose to work in. Those who work in the civilian industry can work on a wide range of planes, and may even choose to branch into the private flight sector.

Those who work in the army can expect to operate in a high-pressure environment, and will most likely have to work in volatile combat situations at some point in their career. Ground work can be expected for both sectors, as well as extra training sessions on a periodic basis.