What is an Air Crew Officer?

An air crew officer is more commonly known to the general public as a pilot or a co-pilot. These individuals are highly trained and highly experienced aviators who are responsible for safely operating an aircraft. They perform a wide range of pre-flight, mid-flight, and post-flight duties.

What does an Air Crew Officer do?

The day-to-day job duties of air crew officers are many. The most complicated and dangerous part of any flight is the take-off and landing. To minimize the risks of flying, air crew officers must fill out a pre-flight checklist in order to monitor the integrity of flight systems - these flight systems consist of hydraulic, engine, or instrument checks. 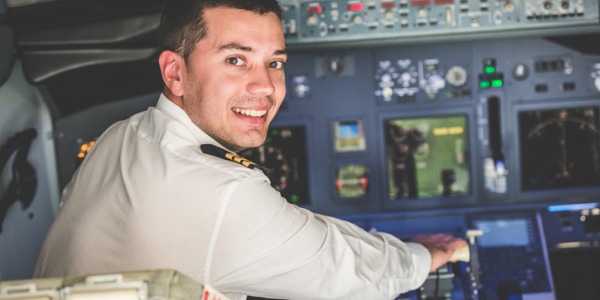 Post-flight job responsibilities of air crew officers include properly filing the paperwork required and checking the final maintenance status of an aircraft.

Are you suited to be an air crew officer?

Air crew officers have distinct personalities. They tend to be investigative individuals, which means they’re intellectual, introspective, and inquisitive. They are curious, methodical, rational, analytical, and logical. Some of them are also artistic, meaning they’re creative, intuitive, sensitive, articulate, and expressive.

Does this sound like you? Take our free career test to find out if air crew officer is one of your top career matches.

What is the workplace of an Air Crew Officer like?

Air crew officers must be able to travel long distances and work in many types of settings. A career as an air crew officer is a very demanding career path physically, mentally, and psychologically.