The aerospace engineering industry is very intriguing, dynamic, and exciting, especially in our modern times. Individuals that have a thirst for scientific and mathematical knowledge are often drawn to this industry, especially those that are curious about things that fly and those who have a desire to improve our current technology.

Aerospace engineers can work in a variety of areas and industries, such as in the technology, defense or aircraft/space industry, or for the federal government.

There are many opportunities available for individuals that choose this career, both in finding positions that will suit their interests and in advancement opportunities. 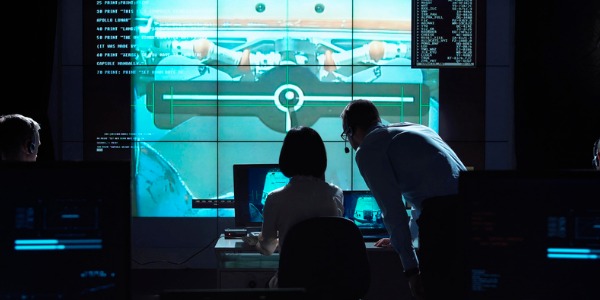 Aerospace Engineering and NASA
NASA (National Aeronautics and Space Administration) is an independent agency of the United States Federal Government. It is responsible for the civilian space exploration program, as well as aeronautics and aerospace research.

NASA hires 20 different types of engineers, with the most common types being aerospace, general, and computer engineers. Some of the best aerospace engineers in the country work for NASA, and many who aspire to become aerospace engineers say that working for NASA is their ultimate goal.

Aerospace engineers that work for NASA are researchers and developers of technologies and theoretical experiments, astronautical manufacturers, programmers, and designers. They produce hardware and software that ensure the design process is safe enough for flight by testing, analyzing and running spacecraft flight systems inside and outside the atmosphere.

Some NASA aerospace engineers are responsible for researching near-space Astronautics and Deep Space Probes which reach beyond the Solar System. Some design flight vehicles and fix any errors in those already designed and built.

Aerospace Engineering and Aircraft Manufacture/Testing/Repair/Maintenance
Many aerospace engineers work for companies that specialize in manufacturing, testing, repairing and maintaining flight vehicles and their various components. Often, large airline operators have their own repair and maintenance sections.

Aerospace engineers that work in this industry supervise the assembly and installation of equipment, such as airframes and engines. They conduct tests to make sure the design specifications and requirements are met, and test to measure the performance of a part or of an aircraft.

When engines or engine components fail, they investigate the reasons why and develop procedures and schedules for the repairs. They often participate in flight test programs so as to measure things like take-off distances, rate of climb, stall speeds, manoeuvrability and landing capacities.

Aerospace Engineering and Defense
There are many positions in the defense industry for aerospace engineers, as most countries around the world have branches of the Department of Defense.

Responsibilities may include:
- creating prototypes of aircraft and missiles
- testing flight vehicles for performance and structural stability
- checking for on-going air worthiness- - designing innovative and experimental aircraft
- choosing and overseeing contractors’ operations
- checking and monitoring the design and construction of new flight vehicles
- monitoring production costs
- keeping up with in-service support and maintenance
- making sure the quality of the equipment is up to code
- working on missiles and other important facets of defense

After meeting with clients and understanding their product needs, aerospace defense design engineers develop design criteria by coordinating with structural and research departments on the planning stages. They also create methods for testing purposes, monitor production costs, and standardize specifications.

They do this by auditing the design process, analyzing specifications, developing inspection procedures, following international standards of quality management, and making certain things are in compliance with government regulations.

Aerospace Structural Design Engineers research, analyze, and approve materials that are going to be used by defence companies and the Department of Defense.

Aerospace Engineering and Software Development
It makes sense to have aerospace engineers involved in the development of software specific to the aerospace industry, since they use this type of software for many of their tasks.

Aerospace startups like Space X, Blue Origin, and Virgin Galactic are examples of technology and aerospace merging together and requiring specific software. As air and space travel become more and more popular with consumers, technology will have an even more important part to play in the aerospace industry.

Aerospace engineering companies need software developers and consultants that are familiar with the aerospace industry's processing and data requirements.

Because of the highly advanced systems that airplanes and spacecrafts now need in order to function properly, software designers and computer programmers are needed to create and develop special programs (and flight simulators) specific for that industry.

Aerospace Engineering and The Travel, Transportation, and Space Industry
Flying makes a lot of sense when travelling long distances because of its convenience, time efficiency, and cost savings. Flight also makes sense when it comes to the exchange of goods and services, making the world a much smaller and more accessible place.

Aerospace engineers are needed to build and improve on all sorts of things when it comes to aircraft, from more fuel efficient wing designs to better navigation systems.

There are many places of employment in the travel and transportation industry for aerospace engineers including positions at the US Department of Transit, and the Federal Aviation Administration (the FAA oversees air traffic control and aviation safety).

Richard Branson's company, Virgin Galactic, is just one of a few companies at the forefront of this field, and has launched its spacecraft, the USS Unity, into space twice already. Amazon's CEO, Jeff Bezos, and his company, Blue Origin, has also had successful launches, and plans to set up a base on the moon. He hopes to work together with NASA to do so.

The space industry is seamlessly tied to aerospace engineering, as aerospace engineers are needed to both get people to space, and get them back to planet Earth. In the past, space programs, including the Apollo missions, and the Hubble telescope, have gained international acclaim. Aerospace engineers made all of these projects possible.

Two recent space missions in the US include maintenance and research at the International Space Station, and the Curiosity Rover mission.

The International Space Station (ISS) brings together astronauts from various countries to collaborate in discovering the differences between earth and space life.

The Curiosity Rover is a car-sized rover designed to investigate the Martian climate and geology and assess whether the environmental conditions are favourable for microbial life. As of June 27, 2019, Curiosity has been on Mars for 2516 total days since landing on August 6, 2012.

Are you a natural leader who thrives on influencing and persuading others in business?