What is a Gaffer?

A gaffer is the head electrician on film and television production sets who designs, sets up, and maintains lighting and lighting-related electrical needs.

Gaffers supervise electricians on set and typically report to the director of photography. They determine what lights need to be used and how they will need to be set up. Knowledge of the film-making process is imperative as lighting affects the meaning and mood of every scene.

What does a Gaffer do?

The term gaffer was originally used to describe men who tended street lamps in England with a 'gaff', or a pole with a hook on its end. 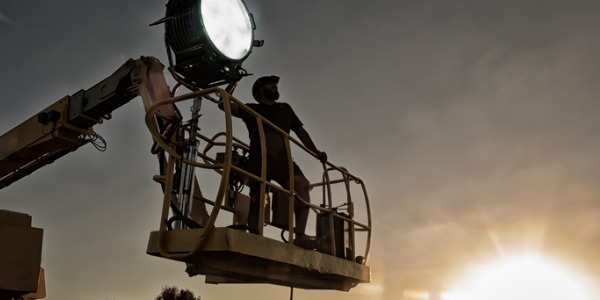 Nowadays, a gaffer is the head of the electrical department for a film production, and is responsible for both the lighting plan as well as for making the look and feel be as close as possible to what the director of photography has in mind.

The director of photography is responsible for the overall lighting design, but will hand over the responsibility of implementing the design to the gaffer and the key grip. Gaffers will manage anything to do with lighting, labour, lighting instruments, and electrical equipment and also run wiring, build scaffolds, and maintain the safety of their crew.

The gaffer will usually have an assistant called a 'best boy', and crew members who are called set lighting technicians or electricians, although not all of them are trained as electricians in the usual sense of the term.

Gaffers not only have to have extensive knowledge when it comes to lights, lighting equipment, and lighting techniques that may be used while filming, but they are also required to have working knowledge of how a set functions, know how to interpret a script, and understand what the director wants.

Are you suited to be a gaffer?

Gaffers have distinct personalities. They tend to be artistic individuals, which means they’re creative, intuitive, sensitive, articulate, and expressive. They are unstructured, original, nonconforming, and innovative. Some of them are also investigative, meaning they’re intellectual, introspective, and inquisitive.

Does this sound like you? Take our free career test to find out if gaffer is one of your top career matches.

Working on film and TV sets often means working long and unusual hours. Crews have to be constantly available, and will work 12-18 hour days for weeks and sometimes months at a time until the movie or television show is complete.

Gaffers typically work on tight schedules and deadlines, and also have to adjust their schedules to unpredictable factors such as the weather. They may also have to travel in order to be able to work on films and TV shows that are filming on location.