What is an Air Traffic Controller?

How do airplanes keep from crashing into each other? How do thousands of airplanes move safely into and out of airports everyday? This is made possible with the guidance and expertise of air traffic controllers.

What does an Air Traffic Controller do?

Air traffic controllers must have certain qualities; excellent problem solving, communication and decision-making skills, as well as multi-tasking skills. They typically deal with a great amount of stress and need to be able to concentrate when there are many things happening around them.

In order to prove they are capable of handling the responsibilities that are needed in this career, an air traffic controller must pass a rigorous assessment and training program. 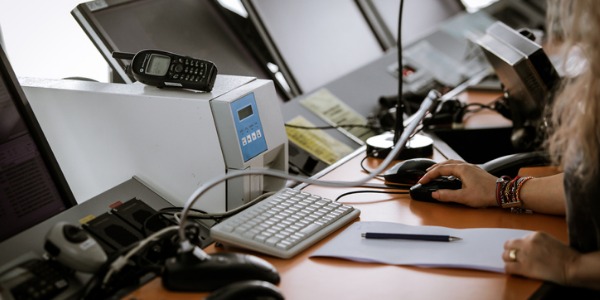 Aerodrome Controller - also known as a tower controller, is responsible for controlling aircraft within the direct airspace of an airport. These controllers use visual observation from the tower as well as sometimes utilizing radar approach control positioning where needed at high volume facilities.

Aerodrome controllers work in a group of positions including flight data, ground, local, and approach. Each position holds its own specific role in the safe arrival and departure of aircraft.

Flight Data/Clearance Controller - will issue flight plan clearances before aircraft taxi the runway. Unlike the other positions, data/clearance will only involve departing aircraft, thus limiting their traffic to just half of the overall traffic of the sector.

Ground Control - is responsible for issuing safe taxi instructions to the aircraft for movement on ramps as well as other non-movement areas of the ground. As the name states, this position deals with aircraft on the ground, either arriving or leaving the sector.

Local - also known as tower control, will issue instructions for the safe and orderly takeoff and landing of the aircraft in the sector. These controllers also issue authorizations to aircraft for movements on or across the runways, preventing accidents through radar and visual control.

Approach Controller - is responsible for issuing the instructions to aircraft in the sector who are preparing to land. This involves directing them in a safe and consistent manner, as well as stacking them at various holding designations if necessary. All this must be done in a timely manner due to schedules and traffic needs.

Are you suited to be an air traffic controller?

Air traffic controllers have distinct personalities. They tend to be enterprising individuals, which means they’re adventurous, ambitious, assertive, extroverted, energetic, enthusiastic, confident, and optimistic. They are dominant, persuasive, and motivational. Some of them are also conventional, meaning they’re conscientious and conservative.

Does this sound like you? Take our free career test to find out if air traffic controller is one of your top career matches.

What is the workplace of an Air Traffic Controller like?

The workplace of an air traffic controller varies but is generally based at an airport in their country, whether it be civilian or military operated.

The working conditions are highly stressful and as such strong medical and mental regulations are enforced upon employees to ensure the most healthy and highly trained individuals are placed in these positions.