What is a Firefighter?

A firefighter, also known as a fireman, is a highly skilled man or woman who works to combat and extinguish fires. They also take steps to prevent fires, act as emergency medical technicians (EMT), and investigate the causes of fires.

A firefighter is almost always the first official "on the scene" of fires, car accidents, or other emergencies, which is why they are also sometimes called "first responders." Some firefighters are career professionals, while others volunteer for duty within their communities.

What does a Firefighter do?

There are four primary responsibilities and duties - putting out fires, rescuing and caring for the sick and injured, working to prevent future fires, and investigating the sources of fires, especially in the case of potential arson. 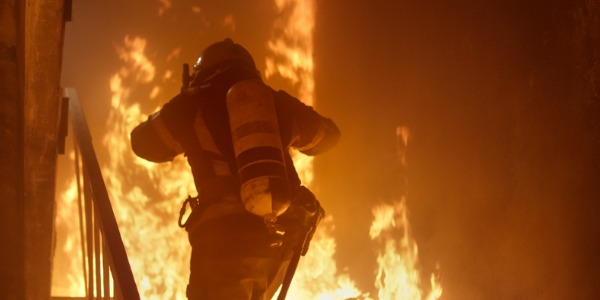 Fighting fires is a firefighter's primary duty. After receiving notification that a fire is in progress, a firefighter will suit up in the appropriate safety gear before climbing aboard or driving one of several different types of fire trucks. Some of the trucks carry or pump water, some are "aerial ladder" trucks that raise ladders to the upper floors of buildings, and some are rescue trucks that transport fire victims to emergency medical centres.

After reaching the site, each firefighter works under a commanding officer and has a specific task to perform. Hose operators, for instance, connect hoses to fire hydrants and then direct the flow of water towards the fire while a pump operator controls the water flow. Those who guide the aerial ladders are known as tillers. Others are responsible for entering burning buildings to rescue potential victims. While all firefighters must have EMT certifications, some specialize in the task of stabilizing victims once they are brought out of the burning structure.

In the case of an automotive accident that does not involve a fire, a firefighter will use their EMT training to care for the injured and secure the scene before ambulances and police arrive. They also act as rescuers in the case of natural disasters such as tornadoes, tsunamis, and earthquakes. Firefighters treat victims of these disasters or search for the missing.

A firefighter also educates the public and works as an inspector to prevent fires. Inspectors ensure that local businesses meet fire codes and make sure fire escapes, alarms, and sprinkler systems are in place and are in good working order. Some firefighters are trained as investigators to locate the source of fires and find evidence if arson is suspected.

In addition to firefighting responsibilities, a firefighter must maintain fire apparatus and engage in regular drilling or training. They must also stay in excellent physical shape in order to endure the physical demands of their job.

Another aspect of firefighting that many people are unaware of is the fact that it engages all five senses. Because there is so much adrenaline pulsing through a firefighter's veins, time slows down and they become even more acutely aware of their surroundings. Here are just a few examples:

Sight:
In a typical house fire you can't see anything when you first enter the building; the smoke is simply too thick. The face mask and breathing apparatus just keeps the smoke out of your eyes and lungs, it doesn't really help you see. As you get closer to the fire you can start to see a faint orange glow through the smoke, and as you get closer its gets brighter. As soon as you put water on that fire, the water instantly converts to steam and the colour goes from grey to white. You still can't see very much, if anything at all.

Touch:
Being in a fire is super hot, as you might expect. It is possible to get first degree burns on your skin because your sweat can turn to steam and can scald you. Your clear face mask can bubble and warp from the extreme heat. Your overall sense of touch is dramatically diminished because you are wearing gloves and heavy protective equipment.

Sound:
Think of a campfire crackling and popping. Now imagine those sounds coming at you from above, below, in front of you and behind, and to the sides. Everything that's on fire is making noise; the floors, the walls, the ceiling, everything. Light bulbs are popping, walls are creaking, glass is breaking, mattress springs are letting loose, things are falling over. Another unmistakable sound is the water turning into steam as it's sprayed onto the hot ceiling, which is quickly followed by a stillness as the fire starts to go out. The ever-present sound of your breathing in the breathing apparatus sounds like a scuba diver, and means you're still alive and breathing. One sound you'll never want to hear in your breathing apparatus, however, is the warning bell on your air tank telling you that you have less than five minutes of air left.

Smell:
You can often catch a whiff of the fire before you get to the site, and it can tell you a lot about what is burning (whether it is oil, wood, furniture etc). Once you put your mask on and enter the fire, however, you can't smell much of anything except the rubber smell of your mask, your own sweat, and a smokey smell that is still clinging onto your equipment from previous fires. When you finally take your mask off, you'll experience a whole new range of smells depending on what had been burning (wood, plastic, carpet, gas, paper, etc).

Taste:
You can sometimes taste a fire if you inhale a lot of smoke or get some soot in your mouth. This might not happen during the fire but later when you are doing the clean up. This smokey taste in your mouth can stay with you for awhile.

Are you suited to be a firefighter?

Firefighters have distinct personalities. They tend to be realistic individuals, which means they’re independent, stable, persistent, genuine, practical, and thrifty. They like tasks that are tactile, physical, athletic, or mechanical. Some of them are also social, meaning they’re kind, generous, cooperative, patient, caring, helpful, empathetic, tactful, and friendly.

Does this sound like you? Take our free career test to find out if firefighter is one of your top career matches.

With the exception of part-time volunteer firefighters, most first responders live and work in fire stations for extended periods of time. Shifts typically last for 24 hours, so that a full team is always present in the event of a fire. Monthly, a firefighter works between 9 and 11 total shifts. In addition, they work during holidays and weekends to ensure their community is safe from fire.

In the event of a natural disaster, a firefighter may work even longer hours in order to keep the public safe and rescue victims. Many of the situations they encounter are life-threatening; numerous firefighters have lost their lives while on the job. A volunteer firefighter will undergo the same risks, but typically will not live at the fire station and will only be called out when an emergency situation arises.