What is a Gynecologist?

What does a Gynecologist do?

A gynecologist performs a variety of tests and exams focused on women's health. Gynecologists are responsible for performing the standard yearly exam on adult women to ensure their reproductive health. During this exam, the doctor will physically examine the woman, perform a pap smear, perform STD tests, complete a breast exam, and monitor the woman's use of birth control. Gynecologists are also sometimes certified as obstetricians, and will monitor the health of the mother and the fetus during a pregnancy. 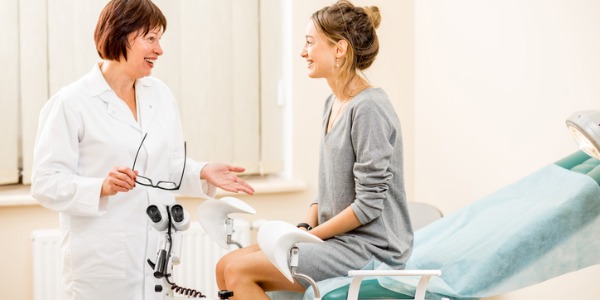 In addition to the above, a gynecologist must also monitor some of the same medical conditions in women as her general practitioner. For example, if a woman has diabetes, her gynecological specialist must inform her of how her disease is impacting her reproductive organs. Gynecologists also diagnose problems that women may be having with their reproductive organs, such as polycystic ovarian syndrome or cervical cancer. They may also check for vaginal infections and urinary tract infections in women complaining of lower abdominal pain or sexual pain. Gynecologists also perform minor surgeries on women's reproductive organs, such as tube tying.

We can help! Our membership gives you tools, resources, guidance, and support to pursue a career as a gynecologist. You’ll get access to scholarships, exclusive discounts on career coaching, online courses, and industry training. As an added bonus, tap into savings on food, entertainment, electronics, and so much more.

Gynecologists are generally self-employed physicians who own their own practice, or partner in a practice with other gynecologists. Some are employed by hospitals, state agencies, and charitable organizations. Still others work in colleges and universities doing research or are professors in university medical programs.

All gynecologists work in either a medical or an educational field, sometimes both. Gynecologists are needed throughout the world, and the demand for doctors in this profession is only growing. In the US alone, the job market for gynecologists is expected to grow 24% over the next decade. Most gynecologists report that they enjoy their work, however, many also report that their work is stressful and takes a lot of time away from their family and social life.

What kind of personality should a gynecologist have?

A gynecologist treats the overall health of their female patients, treating problems and diseases of the female reproductive system such as breast and hormonal problems, urinary tract and pelvic disorders, and cancer of the cervix. Most often than not, a gynecologist is an obstetrician as well.

Considering the intimate nature of their work, a gynecologist needs to have patience when talking to their patients. They need to ask leading questions in a respectful and compassionate way in order to get the patient to open up and fully discuss what the issue is.

Embarrassment can prevent many women from fully discussing their issues with the doctor, be it a teenager or an elderly woman. Therefore, building trust with the patient is imperative, as this will allow the patient to divulge private issues more easily. Trust is gained by really listening to what the patient is saying, paying close attention to even the smallest details of the patient's problem and being thorough in the research.

No matter how many times the gynecologist has heard the same problem or the same symptoms, she needs to remember that to the individual it is a major concern, and needs to listen in a sympathetic and compassionate manner.

What are the advantages and disadvantages of becoming a gynecologist?

An advantage to becoming a gynecologist is that employment for gynecologists is projected to grow by 18 percent between 2012 and 2022, according to the US Bureau of Labor Statistics. There are a variety of job locations to choose from - private practice, hospitals, health organizations, and clinics. Another advantage is that one gets to choose a specialty in a particular area, such as fertility, or gynecological cancer, or obstetrics, which can provide different challenges in a career should one wish to try something new.

The disadvantages to being a gynecologist come with the nature of the job. Working as a gynecologist does have some level of stress. At times, you may need to share unfortunate news with a patient and their family, such as a cancer diagnosis or a pregnancy complication of some sort. If obstetrics is the chosen specialty, there will be many middle of the night and weekend calls to the hospital to deliver a baby. After several years of disrupted sleep, this lifestyle may start to wear a bit thin.