What is a Neurologist?

A neurologist is a medical doctor who specializes in treating diseases that affect the human nervous system. It is a very prestigious and difficult medical specialty due to the complexity of the nervous system, which consists of the brain, the spinal cord and the peripheral nerves. Since the brain is the central command of the human body, the diseases affecting it have a significant negative impact on health and normal functioning. A neurologist is a doctor who is highly trained in recognizing the early symptoms of nervous dysfunction, establishing its cause, the exact location of the problem and its potential treatment.

Neurologists are usually people who possess a detail-oriented way of reasoning and are very skilled at identifying the minor signs of neurological disorders. Unlike neurosurgeons, neurologists do not perform surgeries, but attempt to treat neurologic disease through medication, rehabilitation and physical therapy. However, neurosurgeons always consult neurologists before making any major surgical intervention on the brain, because neurologists usually have a deep understanding regarding the relationship between anatomical structure and brain function, which is very important for a full recovery.

What does a Neurologist do? 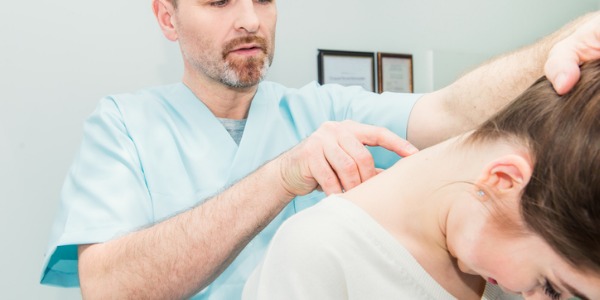 Neurologists are highly intelligent people who dedicate their lives to treating disorders of the nervous system. This medical profession requires a lot of patience, an in-depth understanding of anatomy and physiology, but also knowledge of other body systems such as the cardiovascular, respiratory, endocrine and digestive systems. This is because any disease affecting these body systems may directly impact brain function and cause neurological disease.

For example, untreated high blood pressure may cause a stroke, which is a sudden loss of blood supply to a region of the brain resulting in the death of brain cells. Although initially the disease presents itself as a cardiac problem, it ends up becoming a significant neurological problem that needs to be addressed by neurologists.

Neurologists also need to have a good knowledge of infectious diseases, bacteria and antibiotics since many infections can initially affect the brain or can extend towards the brain in their evolution. Meningitis is a good example of a neurological disease that has an infectious cause. Although initially the patient may be referred to an infectious disease specialist, a neurologist may take over the case if there is a potential for severe damage to nervous functioning as a consequence of the disease.

Neurologists also treat peripheral nerve diseases, which may result in loss of muscle function, loss of tactile perception, loss of sensitivity to pain or temperature and even speech or eyesight impairment. Another major disease that is addressed by neurologists is epilepsy, and it affects almost one percent of the general population at some point during their lives.

A neurology specialist will start the investigation of a particular patient by performing a neurological exam, which involves the assessment of basic brain function, and an individual evaluation of each peripheral nerve group. This is a method of gaining a basic understanding about the location of the problem within the nervous system. However, modern day neurologists don't have to rely solely on their talent of identifying the cause and the location of the affected region based on clinical examination only. Advanced imaging medical tools such as Computer Tomography (CT) and Magnetic Resonance Imaging (MRI) can provide a more precise diagnosis and make treatment more effective and safe.

Neurologists will encounter people who suffer from seizures, have lost their ability to move their limbs or have severe speech impairment. Potential experts in neurology need to have the ability to cope with such stress and be emotionally stable. Moreover, they need to be good at solving problems and observing small details that will help prevent further worsening of minor health conditions.

For example, a small change in the way that a patient feels in one of his or her limbs may be the first sign of a major regional brain problem such as cancer or blood flow obstruction. By recognizing such small symptoms and details, neurologists are frequently able to treat the disease in its incipient stages and save the patient's life.

Are you suited to be a neurologist?

Neurologists have distinct personalities. They tend to be investigative individuals, which means they’re intellectual, introspective, and inquisitive. They are curious, methodical, rational, analytical, and logical. Some of them are also social, meaning they’re kind, generous, cooperative, patient, caring, helpful, empathetic, tactful, and friendly.

Does this sound like you? Take our free career test to find out if neurologist is one of your top career matches.

Neurologists work mostly in hospitals or other multi-specialty clinical settings. Depending on the country, a neurologist may have a private medical office, but this is less frequently encountered due to the nature of the work. Neurologists usually don't work in primary care units or in emergency healthcare settings, but they may be called in certain situations to assess the status of a patient in such units.