The title 'art director' can be used within a variety of industries, such as the publishing, marketing, advertising, theatre, gaming, fashion, film and television, and online industries. The job itself takes on different responsibilities depending on the company and industry one works for.

For the most part, however, all art directors will set the general artistic style and visual image that needs to be created for each project, managing the output from writers, editors, designers, artists, and photographers in order to bring a project to fruition. An art director's main concern is to inspire and guide their team so that each and every component of a project will come together to produce an appealing visual whole. 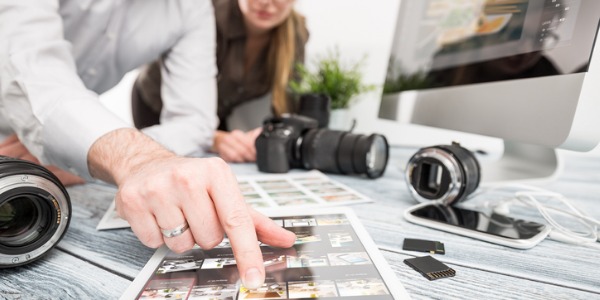 The Publishing Industry
In publishing, art directors typically work with the publication's editor(s) and oversee the concept for specific sections and page layouts of catalogs, newspapers, or magazines.

There is a significant amount of multitasking involved in being the art director of a publishing house, such as juggling the different stages of production that multiple books or magazines can be in.

As Diane Chonette, an Art Director at Tin House, describes in an interview with Writers & Artists, "There are always books in various stages of production and the quarterly magazine is either at the beginning of the production process or ready to go to the printer. A lot of art department support is also given to our marketing and publicity team, which includes creating clever press packages, printing galleys/ARCs (Advance Reader Copies), or generating website and social media banners."

"A single day can include sending a book off to print, showing cover concepts, reading and researching for magazine interior art, and obtaining galley quotes from a printer for an upcoming book. There are usually e-mail requests for files or jacket images that I squeeze in between the other bigger tasks. I think having so many balls in the air is one of the best parts of my job though—keeps my mind active and the day goes quickly."

In this type of industry, art directors are also responsible for coordinating the work of other artistic staff (for example, graphic artists) and bringing everything together for the client so that the desired message and image are properly conveyed to the consumer. Each person involved in the project collaborates together and welcomes suggestions and constructive criticism from each other, which serves to enhance the final product.

Advertising firms are no longer limited to advertising in print or film media. New age media outlets are now taking over and are now the industry norm (such as social media marketing, mobile communications, and the web).

This means other types of services are being offered to clients, such as media planning, brand management, public relations, and promotional events. Therefore, the art director has a wider range of responsibilities than in the past.

These responsibilities may include going over things with the management team and the client's representatives, coming up with ideas and concepts in collaboration with the creative team, preparing campaigns for client approval, and making arrangements for creating the advertisement and bringing the project to fruition.

The Movie Production Industry
Art directors in the film and movie production industry work directly below the production designer, and also work very closely with set decorators, set designers, and assistant art directors. They collaborate with directors and screenwriters in order to understand what style or look a set should have, and to know exactly how many sets will be required for a production.

Screenwriters are key in providing the art director with a feel for the type of story that needs to be told, and in shedding light on how the visual selections will help to set the ambience of a film or episode.

Visual selections can provide the audience with an incredible amount of insight into a character's personality and background. Everything, from a picture hanging on a wall, to the colour of a dress, is a visual design choice made by the art director and the heads of various departments.

The various departments usually include the art, construction, locations, property, transportation, and special FX departments. Art directors are responsible for assigning tasks to the personnel from each of these departments, and for keeping track of budgeting, scheduling, quality control, and attending production meetings.

Regardless of the industry an art director is in, there is a consistent theme to being successful in this career. As Blimp Creative founder James Fenton explains: "As an art director you must be a leader; someone who inspires and guides the vision of the design team. You have to be able to recognize the talent in those around you and learn how best to get the best from them."

"The role of the art director could be compared to that of a chef, fusing together ingredients to produce a menu of delightful dishes," he explains. "All designers inject their individual personalities, tastes and style into their work. It is the art director's role to identify and understand the different flavours each member brings to the team, and then carefully infuse them to complement one another."

Are you a natural leader who thrives on influencing and persuading others in business?