What is an Announcer?

For the most part, announcers work in radio, television production, filmmaking and television studios. Others work for sports teams or are self-employed.

What does an Announcer do?

Radio and television announcers give their audiences a variety of information and entertainment such as music, news, sports, current events, the weather, the time, traffic updates, and commercials.

They often interview guests and are moderators for discussions on their shows, as well as announce station programming information, such as program schedules and station breaks for commercials or public-service information. 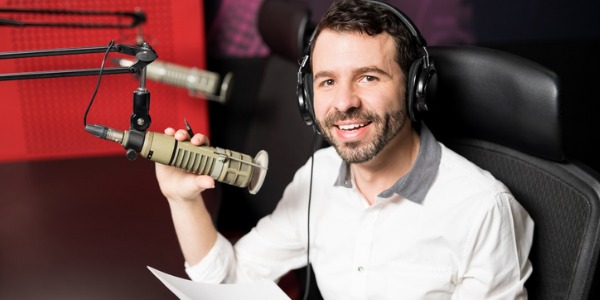 An announcer is expected to be up-to-date on current events or a specific field, such as politics or sports, so that they can comment on these issues during their programs. They may research and prepare information on these topics before appearing on-air. In addition, announcers have scheduled guests on their shows and work with producers to develop other creative content for their programs.

An announcer may also be responsible for other aspects of television or radio. They may operate studio equipment, sell commercial time to advertisers, and produce advertisements and other recorded material. At many radio stations, announcers do much of the work that editors and broadcast technicians used to do, such as broadcasting programming, commercials, and public-service announcements.

Many radio and television announcers increasingly maintain a presence on social media networking sites. Establishing a presence allows them to promote their stations and better engage with their audiences through listener feedback, music requests, or program contests.

Public address system and other announcers typically do the following:
- Meet with the event director to review the schedule and obtain other event details
- Present information or announcements, such as train schedules or security precautions
- Introduce up-coming acts and guide the audience through the entertainment
- Provide commentary for a live audience during sporting events
- Make promotional appearances at public or private events

Are you suited to be an announcer?

Announcers have distinct personalities. They tend to be artistic individuals, which means they’re creative, intuitive, sensitive, articulate, and expressive. They are unstructured, original, nonconforming, and innovative. Some of them are also enterprising, meaning they’re adventurous, ambitious, assertive, extroverted, energetic, enthusiastic, confident, and optimistic.

Does this sound like you? Take our free career test to find out if announcer is one of your top career matches.

The tight schedules that an announcer needs to work with can be stressful. Although most announcers work full time, many work only part time. Many radio and television stations are on-air 24 hours a day. Some announcers present early-morning shows when most people are getting ready for work or commuting. Others do late-night programs.

The shifts, however, are not as varied as in the past. Shows that air during the night can now be recorded earlier in the day. Some self-employed announcers record their shows at home and sell them to networks and stations, advertising agencies, or other independent producers.