What is a Film Director?

Are you creative, a visual storyteller, and a great problem solver? You may want to consider a career as a film director!

Film directors are in charge of making sure that every component of a movie runs smoothly — they have a say in how the scenes unfold, what props are going to be used, how the characters should look, and who should play specific parts.

Note the difference between a film director and a producer:
A film director controls a film's artistic and dramatic aspects, and visualizes the script while guiding the technical crew and actors in the fulfillment of that vision. The producer initiates, coordinates, supervises, and controls matters such as raising funding, hiring key personnel, and arranging for distributors.

What does a Film Director do?

A film director is in charge of the three main phases of filmmaking — pre-production, production and post-production.

Film directors work on a movie from conception to delivery, working with individuals in charge of lighting, scenery, writing, and so forth, to make sure all elements come together. They generally don't do post-production work, but are in charge of overseeing it. 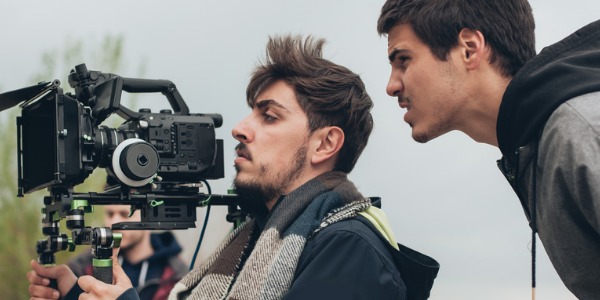 In addition to having control over nearly every aspect of the movie, film directors also have a large role in the smaller technical aspects of the film. They read over the script to make sure it makes sense, decide where the actors are going to stand, and how they will move. Directors also help actors to better understand the characters they are playing by explaining the motivation behind a particular action, or painting a clearer picture of the character's back-story.

Once the editing team gets to work, the film director has the final say as to how the shots look and how they should be blended together. The director can also decide if the crew needs to do another take of a particular scene or scenes and when one scene should fade into the next.

Film directors also have the responsibility of handling most of the budgetary concerns of a film, figuring out how to make the movie work on a tight budget. This might involve hiring actors who will work for lower pay, asking family members or friends to help out with some of the behind-the-scenes work, or coming up with less expensive strategies for executing an idea.

Are you suited to be a film director?

Film directors have distinct personalities. They tend to be artistic individuals, which means they’re creative, intuitive, sensitive, articulate, and expressive. They are unstructured, original, nonconforming, and innovative. Some of them are also enterprising, meaning they’re adventurous, ambitious, assertive, extroverted, energetic, enthusiastic, confident, and optimistic.

Does this sound like you? Take our free career test to find out if film director is one of your top career matches.

What is the workplace of a Film Director like?

Film directors are typically under an enormous amount of stress, since they make most of the decisions, and those decisions ultimately determine whether the film will be a success or not.

The entire production process of a film can take over a year. The production phase is the busiest and most time-consuming period. The work schedule can vary considerably — for example, ten hours on Monday and then an entirely different set of hours on Tuesday. Working on weekends and evenings is often part of the schedule as well.

The post-production phase is less hectic, giving directors an opportunity to look for their next project.