What is a Filmmaker?

A filmmaker is in charge of making, leading, and developing movie productions. It is a career that allows an individual to use their leadership as well as creative thinking skills to lead and direct major motion pictures or made-for-television films.

A filmmaker spends very long hours ensuring the film is being shot in a way that will provide entertainment for the audience and will highlight the actor's strengths. They will see each film through, from where it's shot, to how the script will be played out, to what actors best fit the roles of the characters. The filmmaker also manages the financial end of the production.

What does a Filmmaker do?

A filmmaker is in charge of deciding what aspects of an actor's portrayal of the scene need to be altered from the script. They provide the creative flair and edge that sets the movie apart. Giving directions is very important, since the filmmaker is responsible for the tone that the movie takes. 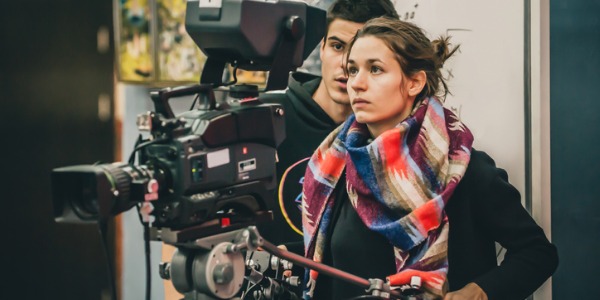 Not only are film directors in charge of the actors, but they also play a big role in the technical direction of the movie. Filmmakers work with the behind-the-scenes lighting and filming crew to ensure that the shots taken are of the highest quality and provide the most dramatic backdrop.

Being able to lead a large group of actors and background staff is definitely a very challenging aspect of the job. There is a huge amount of responsibility and stress placed on the filmmaker to make the production successful.

Are you suited to be a filmmaker?

Filmmakers have distinct personalities. They tend to be artistic individuals, which means they’re creative, intuitive, sensitive, articulate, and expressive. They are unstructured, original, nonconforming, and innovative. Some of them are also investigative, meaning they’re intellectual, introspective, and inquisitive.

Does this sound like you? Take our free career test to find out if filmmaker is one of your top career matches.

Filmmakers put in long hours that extend beyond an eight hour work day. They travel often and must be prepared to work on weekends or alter filming plans based on the weather or locale.

Many new filmmakers are unsure of whether or not there will be employment available once they complete their coursework. There are some opportunities to find work through contracts negotiated locally with filming companies that are staging small productions or commercial shoots. This is a great way to get a foot in the door and start building a resume. For filmmakers, having a good resume is extremely important.

Many film directors will find themselves working extremely long hours over very short length films or TV shows just to perfect the work they have created. It really is a self-motivating job in that your production will be a true reflection on how much effort you put into the filming. If the film turns out to be a success, another company might hire you on, or you could move into a larger contractual position. However, if the film is a flop or the TV show becomes unpopular due to lack of creativity, it may be much harder to find a job in the future.