What is a Mathematician?

What does a Mathematician do? 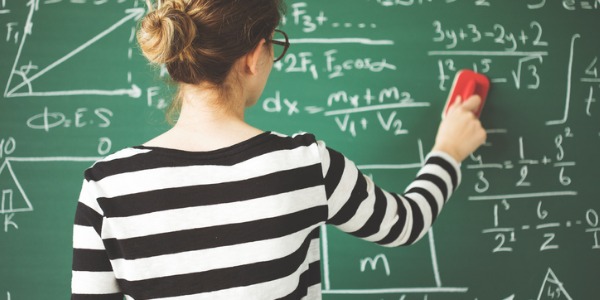 Applied Mathematicians
Applied mathematicians solve real problems in government, industry, business, and engineering. They start with a problem, break it up into separate parts, and then use mathematical modeling and computational methods to reduce the elements to mathematical variables. Computers are used to analyze relationships among the variables and to develop models with various solutions.

Mathematicians typically do the following:

Professionals in other fields of study also use mathematical techniques extensively, such as computer scientists, statisticians, physicists, and engineers. Most positions designated for mathematicians are in research and development laboratories, therefore collaboration with technical teams consisting of these other professions is quite common.

Are you suited to be a mathematician?

Mathematicians have distinct personalities. They tend to be investigative individuals, which means they’re intellectual, introspective, and inquisitive. They are curious, methodical, rational, analytical, and logical. Some of them are also conventional, meaning they’re conscientious and conservative.

Does this sound like you? Take our free career test to find out if mathematician is one of your top career matches.

Mathematicians work in a comfortable office environment. Applied mathematicians often need to collaborate with other professionals (as part of a team) that may include engineers, economists, computer scientists, statisticians, and physicists.

Meeting deadlines often require putting in extra hours during the week and on weekends. Some travel to attend conferences and seminars may also be required.

Theoretical mathematicians who work in a university setting usually have a mix of teaching and research responsibilities, and will conduct research either by themselves or with other mathematicians.