What is an Aircraft Mechanic?

Airlines, government, private companies, and the military hire aircraft mechanics to repair and perform scheduled maintenance on airplanes and helicopters.

They have an enormous amount of responsibility when it comes to maintaining and inspecting aircraft for service and for meeting safety standards, as it can affect people's lives.

What does an Aircraft Mechanic do? 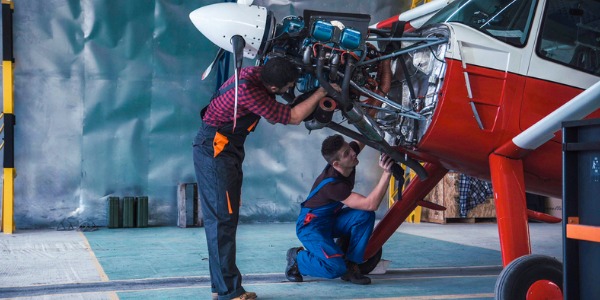 An aircraft mechanic typically does the following:

Most aircraft mechanics who work on civilian aircraft have some sort of official certification. Mechanics that have this certification are authorized to work on any part of the aircraft except electronic flight instruments, which is the job of avionics technicians.

Are you suited to be an aircraft mechanic?

Aircraft mechanics have distinct personalities. They tend to be realistic individuals, which means they’re independent, stable, persistent, genuine, practical, and thrifty. They like tasks that are tactile, physical, athletic, or mechanical. Some of them are also conventional, meaning they’re conscientious and conservative.

Does this sound like you? Take our free career test to find out if aircraft mechanic is one of your top career matches.

What is the workplace of an Aircraft Mechanic like?

Employment of aircraft mechanics is concentrated in a small number of industries. The majority work for private companies and about 15% work for the federal government. Aircraft mechanics work in hangars, in repair stations, or on airfields.

They must often meet strict deadlines to maintain flight schedules, yet still maintain safety standards. This is quite stressful at times.

The work can be noisy from loud aircraft engines. Workers must often bend, stoop, and reach from ladders and scaffolds. Most aircraft mechanics work full time with some overtime. Weekend work is common.