What is a Full Stack Developer?

A full stack developer is a software engineer that is familiar with all the layers in computer software development. These developers have the functional knowledge and ability to take a concept and turn it into a finished product. They understand how everything works from top to bottom and can anticipate problems accordingly.

While each 'end' (front end and back end) involves learning a significant amount of information, a full stack developer can comfortably speak both database and browser. They can work with databases, PHP, HTML, CSS, JavaScript and everything in between.

What does a Full Stack Developer do?

Web development specializations exist for a reason, and the idea of a full stack developer isn't about being an expert in every possible technology there is. It's more about someone with a familiarity and an understanding in each layer, and a genuine interest in all software technology.

It's also about being able to communicate intelligently with team members and to be a helpful asset if the situation requires it. Personal interaction and communication skills are necessary in order to manage and work with front-end developers and back-end developers. 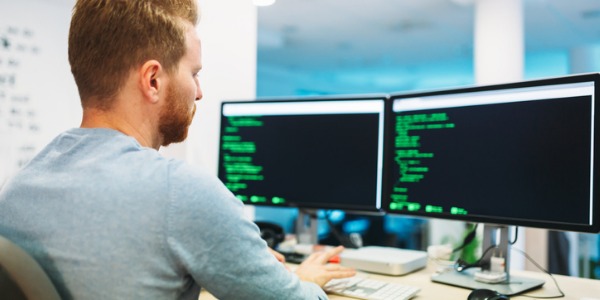 Full stack developers understand how every part of the web development process takes place and can guide on strategy and best practices. These developers will have an increasingly important role in the web development of the future, and are able to look at the 'big picture'. They are knowledgeable with the server side as well as the client side’s user experience.

A full stack developer has knowledge in all stages of software development, and would be proficient, if not fluent, in:

To reach this level of qualification, it clearly takes years of work experience in different languages, roles, and industries. Because of this, full stack developers are few and far between, making them very employable and in-demand.

Are you suited to be a full stack developer?

Full stack developers have distinct personalities. They tend to be investigative individuals, which means they’re intellectual, introspective, and inquisitive. They are curious, methodical, rational, analytical, and logical. Some of them are also artistic, meaning they’re creative, intuitive, sensitive, articulate, and expressive.

Does this sound like you? Take our free career test to find out if full stack developer is one of your top career matches.

What is the workplace of a Full Stack Developer like?

A full stack developer may work full or part-time in an office setting, or may choose to conduct business at home. Travel may be involved if one chooses to freelance. Some full stack developers freelance their skills to various organizations, while others choose to outsource their skills to organizations by using their expertise to act as consultants or independent contractors.