What is a Front-End Developer?

A front-end developer is a web developer that codes the front end of a website. While web design is the way a website looks, front end development is how that design actually gets implemented on the web.

The pages of the internet are a sum of layers—structure, data, design, content, and functionality. The web would be a dust bowl of HTML and "Under Construction" GIFs without front-end developers taking the backend data and creating a user-facing functionality. By integrating markup languages, design, scripts and frameworks, front-end developers create the environment for everything that users see, click, and touch.

What does a Front-End Developer do?

A front-end developer links together the world of design and technology, packaging up the utility of the back end in an inviting way for users to interact with. They take website design files and convert them into HTML, JavaScript (JS) and/or CSS code - the core elements of front-end development. This includes design/layout, content, buttons, images, navigation, and internal links. 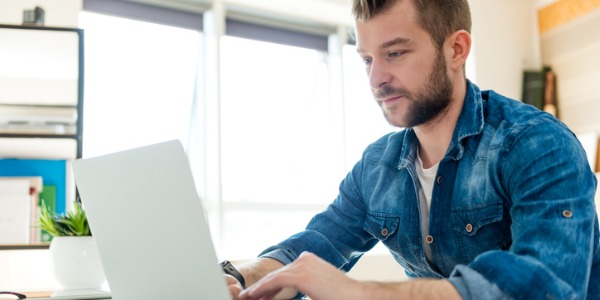 Everything a user sees, clicks, or uses to input or retrieve information on a website is the work of a front-end developer. This takes being both creative and tech-savvy. Their focus is on user experience, and the technology they implement hinges on how well it will accomplish that efficiency, speed, and smooth functionality. They also make sure that there are no errors or bugs on the front end, and that the design appears as it’s supposed to across various platforms and browsers.

Typically, a front-end developer’s responsibilities include:

Are you suited to be a front-end developer?

Front-End developers have distinct personalities. They tend to be investigative individuals, which means they’re intellectual, introspective, and inquisitive. They are curious, methodical, rational, analytical, and logical. Some of them are also artistic, meaning they’re creative, intuitive, sensitive, articulate, and expressive.

Does this sound like you? Take our free career test to find out if front-end developer is one of your top career matches.

What is the workplace of a Front-End Developer like?

Decent salaries, high demand, job security, and plenty of options for mobility are just some of the perks that come with a career in front-end web development. Employers look for problem solvers, not just people who can code, but people who can sit down with visual and user experience designers to solve major challenges.

Front-end development is a pretty flexible field in terms of where and when it can get done. The amount of freelance work available tends to be just as plentiful as full-time openings.