What is a Correspondent?

Are you inquisitive and confident? Do you have a nose for news? You may want to consider a career as a correspondent!

Unlike reporters, correspondents place some of their own opinions into the news piece and report as they see things happening. They may provide this information through video, vocal recordings, or written articles.

What does a Correspondent do? 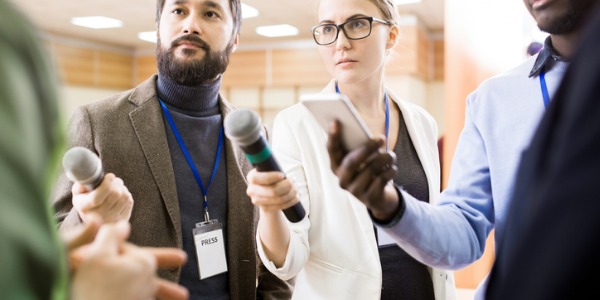 Correspondents travel all over the world and communicate (by recording or writing) what they see to news companies. They work on the front lines of breaking news, sometimes in very dangerous situations.

A correspondent must be available at all times to catch the next big story. Working on little sleep is common, as they are often called upon in the middle of the night to report on breaking news.

Travel is a consistent theme for most correspondents; it is just part of the job that they do not know what city, town, or country they will be in next. Being away from home for extended lengths of time is sometimes necessary in order to investigate and follow a story. In times of war, correspondents can spend months and even years in one location, reporting on the news and events as they happen in the area.

Often, news correspondents work in teams with editors and photographers, as many correspondents are required to transmit live broadcasts. This could include events such as natural disasters, war, murder trials, or crime scene footage.

Unlike a news reporter who only speaks on the facts of the news, a correspondent often lends their own opinions to the piece. Though they provide factual information, they may also colour the news piece with some of their own thoughts on what is taking place.

Are you suited to be a correspondent?

Correspondents have distinct personalities. They tend to be artistic individuals, which means they’re creative, intuitive, sensitive, articulate, and expressive. They are unstructured, original, nonconforming, and innovative. Some of them are also enterprising, meaning they’re adventurous, ambitious, assertive, extroverted, energetic, enthusiastic, confident, and optimistic.

Does this sound like you? Take our free career test to find out if correspondent is one of your top career matches.

Correspondents travel all over the country and the world. They may have to fly out of the country at just a moment's notice. Correspondents often are away from home for weeks, months, or even years at a time. They may report from the front of a court building, or from the midst of a natural disaster or war zone.

Since correspondents try to capture news as it happens, they are sometimes put into dangerous situations.