What is a News Anchor?

News anchors are journalists who inform the public by reporting news stories and events happening on a local, national, and international level. In the role of lead journalist on a television news broadcast, they use their public speaking skills to accurately and concisely deliver the news to their audience.

As the job title suggests, they are the professionals who anchor or hold a news program together. They maintain program continuity between segments after field reporters deliver their respective stories.

Successful news anchors have followers, viewers who come to trust and favor them over other options in a particular market. Some anchors are remembered years after they retire for covering specific events in history. This is certainly the case with the late Walter Cronkite, whose 19-year career with CBS included covering the 1963 assassination of President John F. Kennedy and the first moon landing in 1969.

Perhaps the sample job ad below speaks most eloquently to what a news anchor is or, at least, should be:

"We are looking for an enthusiastic news anchor to join our team and participate in the creative cycle of news broadcast. As a news anchor, you will work closely with reporters and will be responsible for gathering information, broadcasting newscasts throughout the day, and interviewing guests. Ultimately, you should be able to follow current events and present news stories to audiences in an informative, interesting, and unbiased way."

What does a News Anchor do? 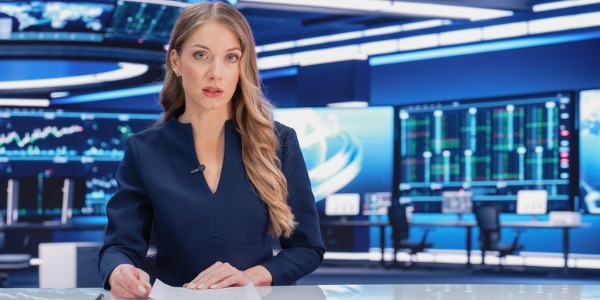 While their audiences typically watch them for just an hour or two a day, news anchors are on the job far longer than the duration of any newscast. The news anchor workload is demanding, and involves much more than interpreting a teleprompter.

The following is a list of some of the chief responsibilities of a news anchor. It should be noted, however, that the size of the station may dictate the degree to which the news anchor is involved in research and writing. Larger organizations commonly employ people in specific roles.

There are four key moments in the life of a newsroom, and the news anchor is a key participant throughout each of them:

(1) The Provisional Meeting
This meeting takes place once a week. Its objective is to plan the reporting packages and anticipate on current or future events. Attending are the news director, the news anchor, department directors, the chief editors, writers, cameramen, researchers, and assistants. All external solicitations are examined, selected, or rejected. Elected stories are consigned in the newsroom’s agenda.

(2) The Newsroom Meeting
The newsroom meeting typically takes place six to eight hours before the newscast, to build the newscast of the day. It is held with every journalist in the room and, depending on the size of the station, may also include managers and technical teams. This meeting starts with the news review and a look into the agenda. Attendees contribute their points of view and ideas. The news director picks the stories that will be treated, and from which angles. As the meeting progresses, a pre-rundown begins to take shape. This meeting lasts between twenty and forty-five minutes.

(3) The Preparatory Meeting
This meeting takes place four to two hours before the newscast. The director or assistant director, the continuity staff, and the anchor settle the newscast’s rundown. The rundown is used for all producing teams: the on-set cameramen, the technical teams, the assistant director, the special effects staff, the sound producers, and the news anchor.

(4) The Debriefing
The debriefing happens immediately following the newscast. It’s about point out strengths and weaknesses and discussing them with all journalists and technicians involved in the newscast. All technical issues, failures, and successes are discussed. They are also discussed at the following day’s first meeting. A reviewing of the newscast may take place to help improve the next newscast. 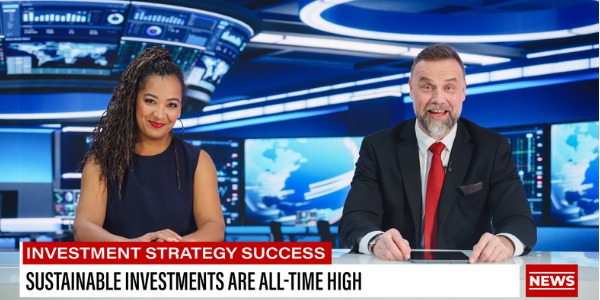 In carrying out the above responsibilities, news anchors must be very cognizant of the ethical implications of their job. They must, in the simplest of terms, strive for accuracy, remain fair, and produce stories as neutrally as possible.

News anchors, in collaboration with their news directors, are confronted with choices regarding stories, interviews, soundbites, rundowns, shot angles, editing, and other items. Ethical dilemmas are not uncommon, starting with the basic need to get the story right:

Accuracy
Accuracy means writing and reporting as objectively and as fairly as possible, regardless of any personal belief, attitude, or sentiment on the subject. To accomplish this requires:

Accuracy is, of course, a matter of journalistic professional pride and ethics, but when information in a story is inaccurate because of bias or carelessness, it can also become a legal issue of libel.

Libel
Accuracy should be pursued for accuracy’s sake, not because of the threat of a libel suit. Libel laws vary from state to state, but in general, writers, reporters, and anchors can be sued if they expose an individual or group to public scorn or contempt; cause harm to an individual or group that impacts their occupation or profession; or cause an individual or group to be shunned or avoided. News anchors and other journalists must be aware that it is not necessary to have used a person’s name to be sued for libel. If the audience knows to whom the anchor is referring, even without the name, the anchor can be sued for libel if the comments harm the person’s reputation. And using the word ‘alleged’ before a potentially libelous word does not make it any less libelous or protect the anchor.

The responsibilities, the ethical implications, and the challenges of the work of the news anchor have become heightened by the modern-day 24-hour news cycle and cable news. Cable television’s 24-hour news cycle brought major changes. It meant that newsrooms had considerably less time to prepare content, check it, edit it, verify sources, and then report it to the viewing public. Anchors were pressured to go straight to air with current events and any new information that was presented to them. Inevitably, this news landscape presents much greater potential for rushed and incomplete reports, inaccuracy, distortion, and misleading material.

Managing the 24-hour news cycle has become an even greater challenge in view of the fact that public confidence in the media continue to slip. A poll by USA TODAY/CNN/Gallup found only 36 percent of Americans believe news organizations get the facts straight, compared with 54 percent in mid-1989.

Are you suited to be a news anchor?

News anchors have distinct personalities. They tend to be artistic individuals, which means they’re creative, intuitive, sensitive, articulate, and expressive. They are unstructured, original, nonconforming, and innovative. Some of them are also enterprising, meaning they’re adventurous, ambitious, assertive, extroverted, energetic, enthusiastic, confident, and optimistic.

Does this sound like you? Take our free career test to find out if news anchor is one of your top career matches.

What is the workplace of a News Anchor like?

Working in news environments is usually very pleasant. Almost all stations are housed in modern facili¬ties. The maintenance of technical electronic equipment requires temperature and dust control, and people who work around such equipment benefit from the precau¬tions taken to preserve it. Nevertheless, while some anchors work in comfortable, private offices, others work in large rooms filled with the sound of keyboards and computer printers, as well as the voices of other journalists.

News anchors’ jobs may provide opportunities to meet well-known people in politics, entertainment, and other walks of life. Being at the cen¬ter of an important communications medium typically makes the broadcasters more keenly aware of current issues and divergent points of view than the average person.

News anchors may report for work at a very early hour in the morning or work late into the night. Nightshift news anchors for 24-hour news organizations may be alone in the station during their work¬ing hours. Even those who normally work regular daytime or evening hours, though, can be called at any time to anchor a breaking news program. Since these situations by nature occur without warning, there is rarely time to prepare texts, requiring anchors to report on the story as it happens and evolves, without any previously written content. This calls for the capacity to interpret information very quickly and to deliver it to audiences in a clear and concise manner.

Although news anchors most often do their work from the studio, there are times when they need to go on location and report from the field. This kind of assignment may require that they deal with only minor distractions like curious onlookers. On the other hand, when dispatched to cover wars, political uprisings, fires, floods, and other similar events, anchors find themselves in potentially dangerous situations.

At points in their career, most news anchors have to report stories that are devastating, depressing, or contain personally sensitive subject matter. In these circumstances, they need to be able to call upon their objectivity and avoid an emotional response, an outburst, or personal commentary.