What is a Cartoonist?

Do you love to doodle? Do you draw cartoon characters for fun? Maybe becoming a professional cartoonist is something you should consider!

A cartoonist is an artist who creates animated cartoons manually or on the computer. This can be for magazines, newspapers, publishing companies, television and film studios, videos, gaming companies, and animation studios. Their work may also be used in political commentary, comic strips, installation guides, and user manuals.

What does a Cartoonist do? 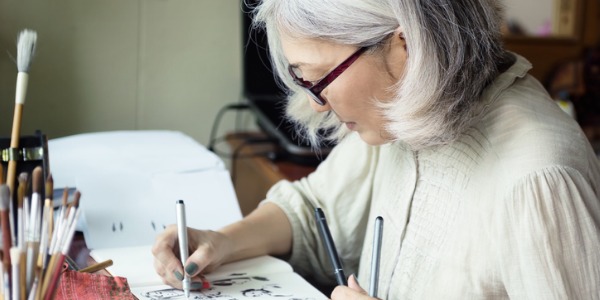 Many cartoonists use digital tools to draw their cartoons, though there are many that still use paper and pencil/pen that are later scanned. A cartoonist may accept commissioned work, or develop their own work to be sent out to publications. They may also work on full-length books or a series rather than individual cartoons.

Some cartoonists turn comic strips in regularly for publication and are able to have some job security. Some publishing houses also keep cartoonists on staff to work in an office environment. Being a cartoonist demands high creativity, as there is pressure to create new and clever ideas consistently.

There are several types of cartoons:

Political Cartoons - contain a political or social message that usually relates to personalities or current events.

Comic Strips - are sequences of drawings arranged in panels that show humour and often have a narrative that contains text bubbles.

Movie Cartoons - are animated cartoons and often depict animals rather than humans. The earliest successful animated cartoonists in america were Walt Disney and Warner Bros. At first, movie cartoons were quite short, but now are featured as full-length films.

Are you suited to be a cartoonist?

Cartoonists have distinct personalities. They tend to be artistic individuals, which means they’re creative, intuitive, sensitive, articulate, and expressive. They are unstructured, original, nonconforming, and innovative. Some of them are also investigative, meaning they’re intellectual, introspective, and inquisitive.

Does this sound like you? Take our free career test to find out if cartoonist is one of your top career matches.

Independent cartoonists usually work from their home studio where they can maintain their own working hours.

In some cases, cartoonists work in an office and contribute regularly to a publication. While they are not able to set their own schedule in that case, benefits and job stability usually outweigh any negatives.