What is a Multimedia Animator?

A multimedia animator creates animation and visual effects for television, movies, video games, and other media. They create two- and three-dimensional models and animation. Although most multimedia artists are self-employed, some work directly for the motion picture and video industry. They often work long hours, especially when facing deadlines.

What does a Multimedia Animator do? 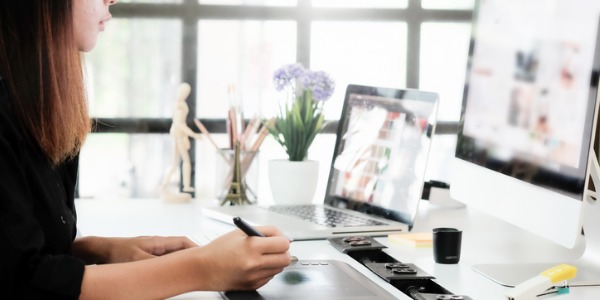 Multimedia animators typically do the following:

Multimedia animators often work within a specific type of animation. Some focus on creating animated movies or video games. Others create visual effects for movies and television shows. Visual effects, also called computer-generated images (or CGI), include creating animation from images of actors performing, or designing scenery or backgrounds for locations. Animators can further specialize within these fields. Within animated movies and video games, artists often specialize in characters or scenery and background design. Video game artists may focus on ‘level design’; creating the look, feel, and layout for the levels of a video game.

Usually, multimedia animators work in teams to develop a movie, visual effect, or electronic game. Each animator works on a portion of the project, eventually the pieces come together to create one cohesive animation.

Some multimedia animators create their work primarily using computer software or by writing their own computer code. Many animation companies have their own computer animation software that artists must learn to use. Other animators prefer to work by drawing and painting by hand and then translating that work into computer programs. Some multimedia artists use storyboards, which look like a comic strip, to help visualize the final product during the design process.

Are you suited to be a multimedia animator?

Multimedia animators have distinct personalities. They tend to be artistic individuals, which means they’re creative, intuitive, sensitive, articulate, and expressive. They are unstructured, original, nonconforming, and innovative. Some of them are also investigative, meaning they’re intellectual, introspective, and inquisitive.

Does this sound like you? Take our free career test to find out if multimedia animator is one of your top career matches.

What is the workplace of a Multimedia Animator like?

Multimedia animators often work from home. Some work in motion picture or video game studios. They often work long hours; it is not unusual for them to work 50-hour weeks, particularly when there are tight deadlines. When deadlines are approaching, they may work nights and weekends as well. Animators need to be able to keep up with the long hours and challenging work.