What is an Acrobat?

If you've ever seen Cirque de Soleil, you've seen some of the best acrobats in the world!

An acrobat combines strength, grace, balance, and flexibility with elements of dance, gymnastics, and contortionism. There are various forms of acrobats; gymnasts, tightrope walkers, jugglers, trapeze artists, and contortionists being the most popular. Some acrobats work with animals, balancing and performing acrobatic stunts on top of moving elephants or horses.

What does an Acrobat do? 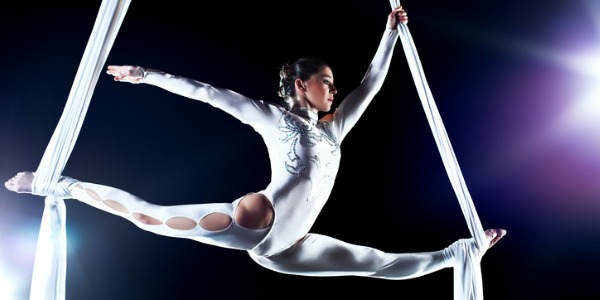 An acrobat is a performer who performs physically daring and athletic feats, typically involving agility, balance, and coordination. Acrobats often perform in circuses, variety shows, and other live entertainment venues. They may perform a variety of acts, such as tumbling, balancing, contortion, aerial acrobatics, and juggling. Acrobats may perform solo or as part of a group, and their routines can involve intricate choreography and costuming. The role of an acrobat requires extensive training, physical strength, and coordination, as well as a strong work ethic and dedication to perfecting their craft.

A day in the life of an acrobat can vary widely depending on the type of performance, venue, and individual schedule. However, here are some common activities that an acrobat might undertake:

This is just a general overview, and the day-to-day activities of an acrobat can vary greatly depending on their individual schedule and the demands of their performance. However, acrobats typically spend a significant amount of time practicing and performing, as well as maintaining their physical fitness and preparing for their next performance.

Are you suited to be an acrobat?

Acrobats have distinct personalities. They tend to be artistic individuals, which means they’re creative, intuitive, sensitive, articulate, and expressive. They are unstructured, original, nonconforming, and innovative. Some of them are also investigative, meaning they’re intellectual, introspective, and inquisitive.

Does this sound like you? Take our free career test to find out if acrobat is one of your top career matches.

The workplace of an acrobat can vary greatly depending on the type of performance they are involved in. for example, large performance companies may hire many acrobats for a single show and may stay and perform at the same venue night after night. Alternatively, working for a mobile company like a circus may require the acrobat to travel extensively and offers the opportunity to see different parts of the world.

Here are some common settings in which acrobats may work:

Regardless of the setting, the work environment for an acrobat is often fast-paced and physically demanding, with long hours and extensive travel requirements. Acrobats may also be required to perform in challenging conditions, such as extreme temperatures or inclement weather. However, for many acrobats, the excitement and thrill of performing in front of live audiences makes the challenges of their workplace well worth it.