What is a Comedian?

Do you love entertaining people and making them laugh? You may want to consider a career in comedy!

The words of renowned comedian Victor Borge speak to the philosophical side of the business: ‘Laughter is the shortest distance between two people.’ If the prospect of closing that gap gets your blood pumping and you are willing to embrace some twists and turns on the road to your dream, you may have the makings of a comedian.

What do Comedians do?

Becoming a comedian is an exercise in determination, patience, faith, and confidence. And a sense of humor is helpful – both in the often lengthy process of becoming one and, of course, in the actuality of being one. 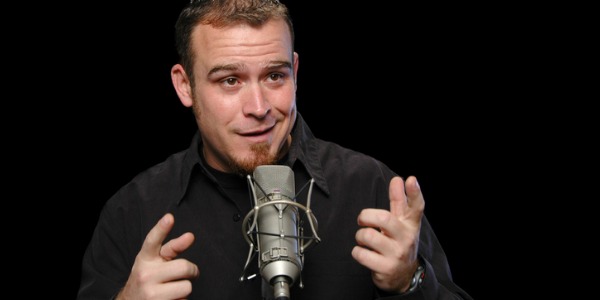 Comedians typically develop an overall structure for their act, and also create an on-stage personality that they will use and keep consistent throughout the show. They also write and perform their own material. However, more established comedians may work with one, or a team, of writers.

Within the structure of the act, comedians tell jokes, amusing stories, or do some slapstick. They also reference political happenings and trending news, so it is important to keep up to date with current events.

A comedian needs to be able to interact with the audience and be able to deal with both positive and negative feedback. Capturing the attention of the audience is key, and so is being able to adapt and/or improvise in order to respond to the audience's reaction.

A comedian may hold a Ph.D. or may be a high school drop-out. Neither status determines the degree of their success. In contrast to other creative professions, stand-up comedy is unique. Unlike graphic design, film production, acting, and other fields that offer degrees, there are, by and large, no comedy schools or training programs.

While artists of every kind learn by practice and by doing, this is especially true in this profession. Comedians learn comedy by doing comedy.

Fortunately, most major American cities have comedy clubs that are in constant need of performers. Many of these clubs invite amateurs to ‘open mic nights,’ allowing them to tell their jokes to a paying audience. Those who are endlessly curious about and observant of the world around them will have a diverse repertoire of material and are likely to create the funniest routines.

Open mic nights are often unpaid, but they are also the best way for comedians to learn, hone, and cultivate their craft. They present exceptional opportunities to give live performances and get immediate feedback; build a portfolio of joke sets; and develop a personal brand and an on-stage persona. With well-received material, comedians eventually are offered paid gigs and progress to road gigs in other cities.

The process demands a willingness to accept long hours and some rejection along the way. A great set in front of the right room of people – especially if that single right industry connection is in the room – can unlock doors and launch a career. This is how a comedian is born.

Are you suited to be a comedian?

Comedians have distinct personalities. They tend to be artistic individuals, which means they’re creative, intuitive, sensitive, articulate, and expressive. They are unstructured, original, nonconforming, and innovative. Some of them are also enterprising, meaning they’re adventurous, ambitious, assertive, extroverted, energetic, enthusiastic, confident, and optimistic.

Does this sound like you? Take our free career test to find out if comedian is one of your top career matches.