What is a Talk Show Host?

A talk show host is the main presenter and central element of a talk show, and provides the audience with a stable, identifiable figure they can relate to.

Talk show hosts typically interview people of interest as well as celebrities, and may also bring in experts in order to educate the audience on different topics. Therefore, they may act as either an interviewer, educator, mediator, or all three. 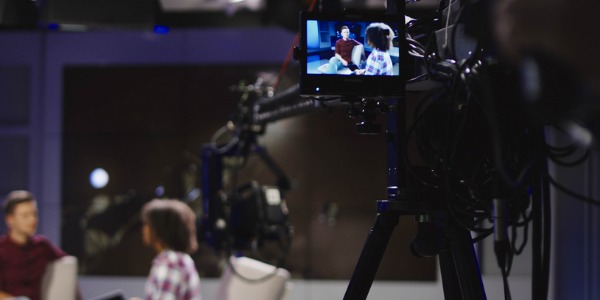 Many well-known talk show hosts have a background in entertainment, and are awarded a talk show because of their recognizable public figure, personality, and style. Some work as journalists, gaining contacts, public exposure, and credibility through a news-based career. The goal is to gain a loyal audience and have people tune in for each new episode.

Talk show hosts have to be comfortable being in front of a live audience and in front of a camera, and should be quick to react and recover if something unplanned were to happen while filming.

Are you suited to be a talk show host?

Talk show hosts have distinct personalities. They tend to be artistic individuals, which means they’re creative, intuitive, sensitive, articulate, and expressive. They are unstructured, original, nonconforming, and innovative. Some of them are also enterprising, meaning they’re adventurous, ambitious, assertive, extroverted, energetic, enthusiastic, confident, and optimistic.

Does this sound like you? Take our free career test to find out if talk show host is one of your top career matches.