What is an Influencer?

Contrary to popular belief, influencers have been around for centuries. One of the original influencer collaborations dates back to 1760, when Wedgwood, an English fine china, porcelain, and luxury accessories manufacturer, made a tea set for the wife of King George III. Royalty were the influencers of the era, and entrepreneur Josiah Wedgwood promptly marketed his brand as having ‘royal’ endorsement. This afforded it such luxury status that the brand is still considered fit for a king or queen today.

In the 20th century, Coco Chanel was among the first and most enduring influencers in the world of fashion. Now, social media has provided anyone the opportunity to become an influencer, an opinion leader, and offer their recommendations to the masses, develop a noticeable following in a particular niche, and cultivate the power to affect buying decisions of a large group of people.

Celebrities, artists, athletes, pop culture stars, industry experts, politicians, thought leaders, bloggers, podcasters, YouTubers, journalists, reporters, content creators — these are some of the most likely influencers. But, in fact, everyone has the potential to become an influencer; everyone, that is, who is engaging, thoughtful, trustworthy, convincing, persuasive, a communicator, a storyteller, and has specialized knowledge, authority, or insight into a specific subject. 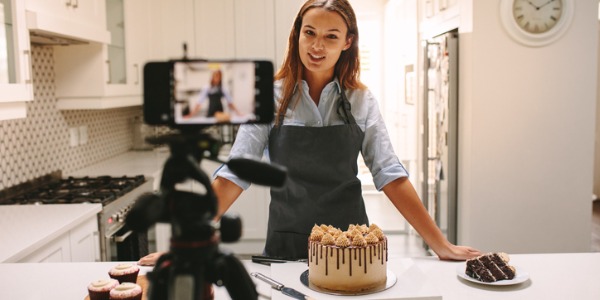 What does an Influencer do?

Influencers are the creators at the heart of the creator economy, which is the economic system built by independent content creators who are connected to their audiences and businesses via the internet. They create, own, and distribute the content they produce, in the form of text and posts, articles, podcasts, music, videos, digital books, games, and more.

Influencers are ‘infopreneurs’ who monetize their expertise by sharing content on ad-sponsored platforms, partnering with brands, posting affiliate links, charging fees for subscriptions or product placement, launching their own brands, and providing services.

To answer the question ‘What does an Influencer do?’ in greater detail requires an understanding of the different types of influencers. Below is an overview of the primary factors that distinguish influencers from one another.

Followership
The most common way of categorizing influencers is based on the number of followers they have.

Mega-Influencers have over a million followers and are among the one percent of influencers shaping the market, creating trends, building new markets, and influencing consumer decisions. Many mega-influencers are celebrities who have become famous offline — movie and television stars, professional athletes, singers, and musicians. Only major brands can afford the influencer marketing services of mega-influencers, who may charge up to $1 million per post. Mega-influencers invariably have agents working on their behalf to make any marketing deals.

Macro-Influencers have between 500, 000 and a million followers. While they have a high profile, they are typically more accessible as influencer marketers than mega-influencers and can be excellent at raising awareness. This group tends to consist of two types of people. One is comprised of B-list celebrities, who have not yet reached the pinnacle of their careers. The other is made up of successful online experts — opinion leaders and industry experts — who have built up greater followings than the average micro-influencer. This latter type of macro-influencers is likely to be more useful for firms engaging in influencer marketing.

Mid-Tier Influencers have between 50,000 and 500,000 followers. They have a dedicated niche audience and play a central role in spreading brand or product awareness.

Micro-Influencers have 10,000 to 50,000 followers. While their base may not be large, micro influencers exert a degree of influence above that of the average social media user. The bulk of influencer marketing occurs predominantly with micro-influencers.

Content Type
Influencers fall into one of four categories, depending on the type of content they produce and distribute:

Bloggers share their personal experiences, opinions, insights, and professional advice with their target audiences on websites dedicated to their particular niche or area of expertise.

Vloggers communicate with their target audiences in video form, using platforms such as YouTube, Twitch, and Instagram. 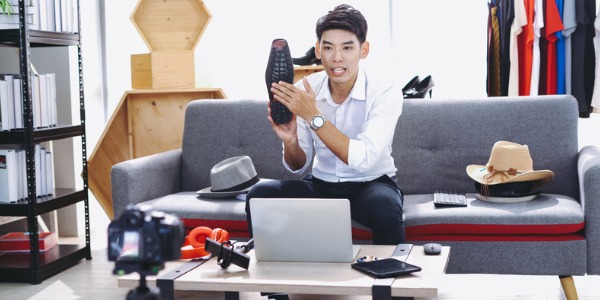 Despite the differences in the followers they have and the kinds of content they distribute, all influencers provide a connection point between companies and their target audiences. These brand ambassadors are the conduit through which companies gain exposure to their influencer’s existing, already engaged audience. And since 70% of millennials say that they are influenced by recommendations from their peers, professional influencers are here to stay because they:

Influencers have distinct personalities. Think you might match up? Take the free career test to find out if influencer is one of your top career matches. Take the free test now Learn more about the career test

Generally, influencers have no physical office outside their homes, and many travel constantly. Influencers’ work revolves around finding new and exciting ways to convey their message to hundreds, thousands, or even millions of followers through a continuous stream of content.

The mandate of these content creators is multidimensional, involving tasks like video and photo editing, networking and approaching potential collaborators about brand partnerships, and planning their next steps. While the influencer lifestyle offers unparalleled flexibility, it also presents a challenge in striking a balance between work life and home life.