What is a Clown?

Do you love interacting with people and making them laugh? Are you creative and feed off of people's energy? You may want to consider becoming a clown!

What do you need to become a successful clown? 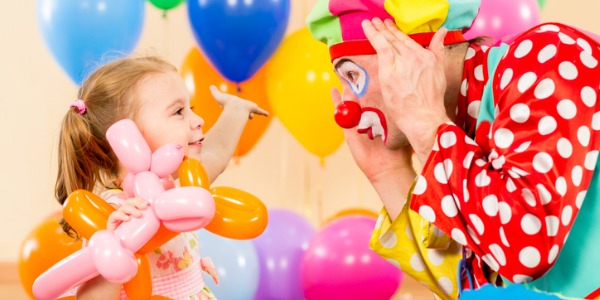 A clown performs before an audience and uses comedy, slapstick and other types of physical humour to make people laugh. A clown is typically dressed in a colourful costume and distinctive makeup, and will wear outlandish wigs and exaggerated footwear.

The clown's act largely depends on how big of an audience he or she is performing for, and if he or she works independently or with a theatre troupe, circus or other organization.

If a clown performs for birthday parties, hospitals, senior's homes or schools, he or she may incorporate jokes and conversation into the act as well as some juggling, making balloon animals, miming, riding a unicycle and magic tricks.

On the other hand, if the clown is performing for a large audience, say with a circus, the act may be done mostly in pantomime and as a ringmaster, and he or she will perform alongside animals, acrobats, jugglers, magicians, ventriloquists, and tightrope walkers.

On the other end of the spectrum, if the clown is performing as a rodeo clown, their job is not to entertain the audience but to distract the bull at a bull riding show, and will place themselves in between the bull's horns and the rider in order to protect the rider.

Are you suited to be a clown?

Clowns have distinct personalities. They tend to be artistic individuals, which means they’re creative, intuitive, sensitive, articulate, and expressive. They are unstructured, original, nonconforming, and innovative. Some of them are also enterprising, meaning they’re adventurous, ambitious, assertive, extroverted, energetic, enthusiastic, confident, and optimistic.

Does this sound like you? Take our free career test to find out if clown is one of your top career matches.