What is a Correctional Officer?

Correctional officers are responsible for enforcing rules and regulations in a prison or jail. They oversee individuals who have been arrested and are awaiting trial, or who have been sentenced to serve time in a jail, reformatory, or prison.

Correctional officers often restrain inmates in handcuffs and leg irons to escort them safely to and from cells and other areas. They also escort prisoners between the institution and courtrooms, medical facilities, and other destinations.

What does a Correctional Officer do? 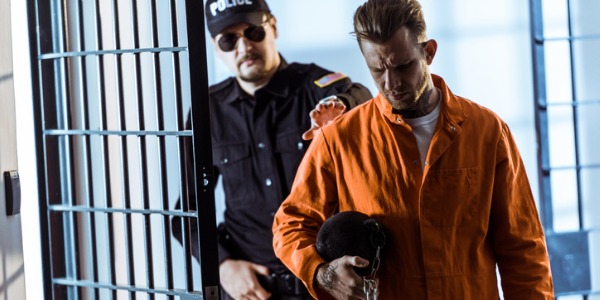 Inside prisons or jails, correctional officers enforce rules and regulations so as to avoid disturbances, and keep a close watch on daily activities in order to prevent escapes. They also search for weapons and drugs, settle arguments, and enforce discipline.

Correctional officers enforce regulations by knowing how to effectively communicate and by using punishments, such as loss of privileges. Loss of privileges start out small for a lesser or single offence but become more severe for more serious offences or when repeat offences occur. In addition, officers may aid inmates in their rehabilitation by scheduling work assignments, counseling, and educational opportunities.

Correctional officers periodically inspect facilities. They check cells and other areas for unsanitary conditions, contraband, signs of a security breach such as any tampering with window bars or doors, and any other evidence of violations of the rules. Officers also inspect mail and visitors for prohibited items. They write reports or fill out daily logs detailing inmate behaviour and anything of note that occurred during their shift.

Correctional officers need to use the best approach when solving a problem by using both their training and common sense to determine the best course of action. They need to interact and communicate with inmates to keep the order in correctional facilities and courtrooms. They also need to be able to control their emotions when confronted with hostile situations, and not show favouritism.

If a crime is committed within their institution or an inmate escapes, they help the law enforcement authorities investigate or search for the escapee. Correctional officers have no responsibilities for law enforcement outside of their place of work.

Are you suited to be a correctional officer?

Correctional officers have distinct personalities. They tend to be realistic individuals, which means they’re independent, stable, persistent, genuine, practical, and thrifty. They like tasks that are tactile, physical, athletic, or mechanical. Some of them are also enterprising, meaning they’re adventurous, ambitious, assertive, extroverted, energetic, enthusiastic, confident, and optimistic.

Does this sound like you? Take our free career test to find out if correctional officer is one of your top career matches.

What is the workplace of a Correctional Officer like?

The vast majority of correctional officers work for the government. Some are employed by private companies that provide correctional services to prisons and jails.

Working in a correctional institution can be stressful and dangerous. Every year, correctional officers are injured in confrontations with inmates, having one of the highest rates of nonfatal on-the-job injuries.

Correctional officers may work indoors or outdoors. Most facilities are well lighted, temperature controlled, and ventilated, but others are old, overcrowded, hot, and noisy.