What is an Arbitrator?

Anyone who has ever signed a mobile-phone or other consumer contract, a lease, or an employment agreement, has probably seen in the contract's fine print a provision known as an "arbitration clause." This popular legal clause asks that in the case of a dispute between the parties, the arbitration process be used to resolve the differences.

In these situations, both sides to the dispute rely on an arbitrator, also known as a "neutral," for an unbiased resolution. Arbitration is another option to filing a lawsuit, and an arbitrator plays an important part in settling disagreements.

What does an Arbitrator do?

Instead of appearing before a judge in a courtroom, each party presents their case to the arbitrator, whose decision is often final.

Similar to a judge, an arbitrator will carefully consider and look at all the evidence that both parties bring to a hearing. The arbitrator draws on his or her knowledge of laws that apply, and thoughtfully weighs the pros and cons of each side's perspective and then determines liability.

Arbitration is used instead of courtroom proceedings because it is often quicker and not as expensive. Often, commercial and real-estate disputes are often handled through the arbitration process as well. Arbitration is also used for divorces because it can be less expensive and is not a part of the public record. 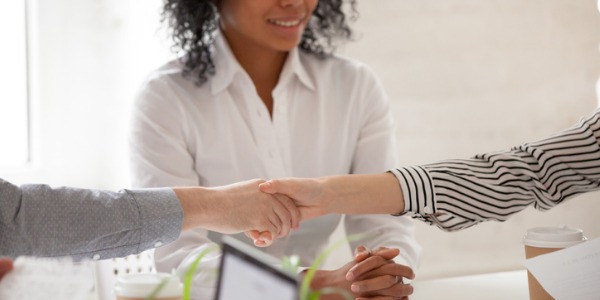 Cases can be straightforward, or extremely complicated. In complicated cases, arbitrators need to have experience in the subject that is being disputed, such as engineering, accounting, construction, etc. Because of this, those considering a second career may be well suited to this role. Many people prefer hiring an arbitrator with a knowledgable background.

Arbitrators encourage communication between disputants and try to bring them to a settlement before an official hearing takes place. If a settlement is reached, the arbitrator must then draft a settlement agreement for both sides to sign. If the arbitration case continues on to a full hearing, the arbitrator needs to draft a written decision outlining the findings, based on the evidence presented.

Online dispute resolution (ODR) is a relatively new form of arbitration. By using a computer, the parties can file an initial dispute, appoint an arbitrator, produce evidence, and even join in hearings online. An ODR can definitely extend the area in which an arbitrator can work.

Are you suited to be an arbitrator?

Arbitrators have distinct personalities. They tend to be enterprising individuals, which means they’re adventurous, ambitious, assertive, extroverted, energetic, enthusiastic, confident, and optimistic. They are dominant, persuasive, and motivational. Some of them are also social, meaning they’re kind, generous, cooperative, patient, caring, helpful, empathetic, tactful, and friendly.

Does this sound like you? Take our free career test to find out if arbitrator is one of your top career matches.

Arbitrators meet disputants and carry out hearings in conference rooms or a public facilities. The arbitrator must travel to the meeting site, with the expense split between the parties. Some businesses, government agencies, and labor unions hire full-time salaried arbitrators who are given offices to use when working on cases.

If arbitrators are affiliated with specific organizations, the organization's meeting rooms are usually used for negotiations and hearings. In the United States, the American Arbitration Association is the largest, and has offices across the country and in Canada. In the United Kingdom and Europe, the ICC International Court of Arbitration provides arbitration services.