What is a Lobbyist?

A lobbyist is an advocate for a particular side of an issue; someone who articulates and communicates the views of a company or organization to outside stakeholders, such as government agencies, trade associations, and legislative bodies. The lobbyist’s primary responsibility is to understand the policy initiatives of regional, federal, and international governing agencies in order to come up with strategies that display the interests of the organization they represent. Lobbyists must also convince legislators to vote on public policy in favour of their clients’ interests.

The title of lobbyist is a broad one. It can apply to anyone involved in a political campaign, a corporate merger, or even just a local community movement. Regardless of their location and the cause they are promoting, every lobbyist’s objective is to inspire ideas, influence opinions, and elicit specific action. Lobbying is all about spreading a message to incite change in both social and political landscapes.

Every successful lobbyist is a master communicator. The role calls for articulate and confident individuals who are focused on the success of the movement they are championing.

For example, a state legislator may not be an expert on assistance programs for first-time home buyers. The lobbyist’s job is to help them understand the issue by explaining it clearly and passionately, so that they can feel comfortable backing it.

The most successful lobbyists know everything there is to know about the issue they are promoting. They get inside scoops that give them exceptional perspective and allow them to predict outcomes. They leverage their thorough familiarity with and understanding of the inner workings of a company or campaign to reach desired objectives.

Linda Daschle, of LHD & Associates Inc., is a former deputy administrator of the Federal Aviation Administration. She founded her firm in 2008, combining her communications and federal agency experience to become Washington’s most prominent lobbyists for the aviation industry.

Invested in a cause

While lawmakers want to see data and statistics before they commit to backing a cause, they are typically first captivated by a story. For this reason, most lobbyists work for causes that are close to their hearts, especially at the local level, with grassroots movements that affect communities or very specific groups. Graphs and charts are valid tools, but legislators are inspired more by seeing how a particular issue affects their constituents.

The term lobbying was derived from the act of standing in the lobbies right outside of voting chambers to influence lawmakers at the last minute. To this day, this bold approach defines the prototypical lobbyist. Regardless of the uncertainty, lobbyists keep their eyes on their target and on steering their audiences to act in a certain way.

What does a Lobbyist do? 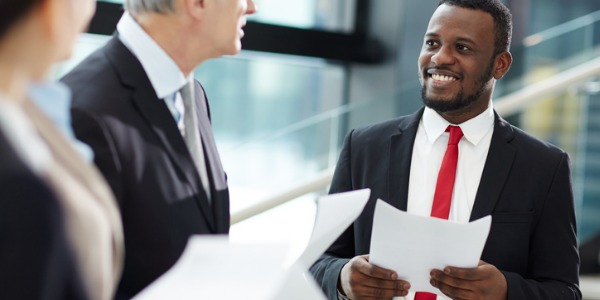 The goals and strategies for lobbyists are the same whether they work for large organizations, private individuals, or the general public. Primarily, their objectives are to persuade and to sway politicians to vote for or against legislation, by tailoring appeals to support certain individuals or groups.

There are various types of lobbying:

Direct (Inside) Lobbying
- meeting with congressmen and providing them with information pertinent to a bill being voted on
- imparting information with the help of graphs, charts, polls, and reports that illuminate the matter favorably
- meeting with and helping a politician draft legislation that is in their interest
- maintaining positive relationships with politicians who can be relied upon to support the interest
- raising money from other sources for re-election campaigns

Indirect (Outside) Lobbying
- enlisting the help of the community to influence politicians by writing, calling, or demonstrating
- spending long hours on the phone and writing letters, trying to encourage the community to get involved
- reporting to politicians the concerns and reactions of community members
- writing articles for newspapers and magazines and appearing on talk shows to generate interest

Paid versus Free Lobbying
Typically, a business or professional organization hires a lobbyist to represent their interests in Washington. However, some lobbyists decide to work pro bono, in support of a special cause or organization such as a non-profit. Choosing to work pro bono demonstrates a refusal to be swayed by money and sometimes helps convince others to support the issue at hand.

Whether direct, indirect, paid, free, single-issue, or multi-issue, a successful lobbying campaign is clearly about much more than knocking on politicians’ doors. To run effective campaigns, lobbyists must:

Set SMART goals
For a lobbying campaign to be successful, the lobbyist must first define what success will look like. This is achieved by ensuring that all goals are Specific, Measurable, Achievable, and Timely.

Create the strategy
Goals are achieved through action and action happens with a strategy. Strategy determines which tactics will be the most effective. Because there is no single grassroots campaign template, it is important to develop a team of people who can collaborate openly to develop a dynamic and diverse strategy.

Communicate clearly
To reach the right audience, your message needs to be relevant, simple, and clear. Your communication strategy has to consider who you are trying to reach, what message is important to them, and how they are most likely to receive that message.

Engage media
Engage the media – especially opinion page writers – in your cause. Leverage social media channels like Facebook and Twitter is to increase your credibility and to expand your audience.

Fund raise
No matter how much passion and energy you have; no matter how extensive your volunteer workforce is, successful advocacy requires money. Money for resources like advertising, tables and chairs at events, food for volunteers, etc. need to be laid out in a strategic plan so that the appropriate funds can be raised.

Build coalitions
Advocacy and lobbying for policy changes are all about banding together like-minded people and organizations for a single purpose or cause. In addition, engage independent advocates, such as academics and other experts, who have the knowledge and capacity to put forward your cause.

Organize communities
How you organize should be focused on how to motivate both individuals and groups. This is where lobbyists really start to execute on their strategy, through formal events, directly on social media, by knocking on doors, and through partnering coalitions.

Engage policymakers
Elected officials rely on information from their constituents to make decisions. Organizations who educate and engage policy makers on the views of the voter around specific issues will be viewed as a credible and useful source of information.

Are you suited to be a lobbyist?

Lobbyists have distinct personalities. They tend to be enterprising individuals, which means they’re adventurous, ambitious, assertive, extroverted, energetic, enthusiastic, confident, and optimistic. They are dominant, persuasive, and motivational. Some of them are also investigative, meaning they’re intellectual, introspective, and inquisitive.

Does this sound like you? Take our free career test to find out if lobbyist is one of your top career matches.

Lobbyists tend to work long hours, typically between forty and eighty hours per week. When a bill is up for vote they will often work through the night. The positive is that a lot of the gruelling work that has to be done is in networking, meaning that lobbyists won't necessarily be sitting behind a desk for all those hours.

Many agencies, businesses, institutions, and organizations are interested in using the skills and knowledge of lobbyists to promote and represent their cause. Below is an example of the types of employers that will hire a lobbyist:

According to Statista – The Statistics Portal, these were the top lobbying industries in the United States in 2017, by total lobbying spending, in million U.S. dollars:

According to this information, the Pharmaceutical and Health Products industry was the top lobbying spending industry in the United States in 2017. The total amount of money spent on lobbying in the U.S. in 2017 was 3.37 billion U.S. dollars.