What is an Engineer?

An engineer uses science, technology and math to solve problems. We can see engineering everywhere in the world around us; improving the ways we work, travel, communicate, stay healthy, and entertain.

Engineers take scientific knowledge and convert it into technology, and then take that technology and convert it into a working solution/innovation. There is a sense of pride and well-being that all engineers feel after having completed a difficult project successfully. It is a life-rewarding career: creating, designing, and producing useful products and services for others.

What does an Engineer do?

Engineers design machinery, build skyscrapers, and oversee public works, but they address society's needs and problems on so many other levels as well.

At a molecular level, engineers work on drug delivery systems that work inside cells. At a macro level, they look at the particle flow of pollutants through soil to clean up oil spills, abandoned industrial sites, and other biohazards. At a galactic level, they design spacecraft for other-planet exploration. At an atomic level, they develop data storage that focuses on the spin of electrons in atoms. Clean drinking water, safe food storage, and the protection of our environment are also under the engineering umbrella. 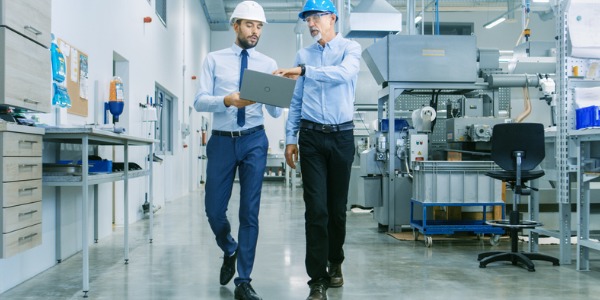 Engineering can be an excellent career choice for someone that has the aptitude, a keen interest, strong math skills, and a logical approach to problem solving. Engineering majors have the reputation for being very demanding, sometimes taking five years to complete. It might be difficult to go through all the math and science involved, and you may wonder if it's worth the amount of work involved (especially when seeing students in other programs having a lot more fun than you).

Remember that you must put in the hard work to achieve any type of success, and becoming an engineer is, in the end, a rewarding and satisfying career. It will enable you to create, test, and design things that solve the world's problems, and it will offer endless growth opportunities. If you pick your engineering field wisely and keep true to yourself and your strengths, it will definitely be worth your effort.

The following are various types of engineers. Click on each type to learn what they do:

Are you suited to be an engineer?

Engineers have distinct personalities. They tend to be investigative individuals, which means they’re intellectual, introspective, and inquisitive. They are curious, methodical, rational, analytical, and logical. Some of them are also enterprising, meaning they’re adventurous, ambitious, assertive, extroverted, energetic, enthusiastic, confident, and optimistic.

Does this sound like you? Take our free career test to find out if engineer is one of your top career matches.

Many aspects of our lives have been visualized, designed, and developed by an engineer. To engineer literally means 'to make things happen'. Most of what engineers do on a daily basis can fall into four categories: communicating, problem solving, analyzing, and planning. Depending on an engineer's industry and role, their day will typically consist of a various mix of these functions.

The workplace of an engineer depends upon the type of engineer they are, and on the company they work for. Most engineers work in an office environment. However, some work in the field overseeing their projects, and others, like a ship engineer, travel almost 100% of the time.