What is a Structural Engineer?

Structural engineering is a specialty within the field of civil engineering. Its focus is the design of structures so that they can withstand the stresses and pressures of their environment and stand the test of time.

Structural engineers are the highly skilled civil engineers who make sure buildings, bridges, tunnels, and other structures don’t collapse, vibrate, or twist or bend. They do this by analyzing gravity supports and lateral force resistance and then designing the structure accordingly.

What does a Structural Engineer do? 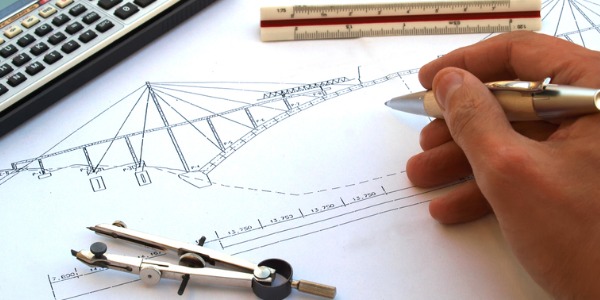 From the broad perspective, the work of the structural engineer is focused on:

Analysis and Design
Structural analysis is the process of calculating and determining the effects of loads and internal forces on a structure, building, or object. It is how structural engineers ensure that they fully understand the load paths and the impacts the loads have on their engineering design. Design is the process of configuring elements (such as a beam in a building) to resist forces. Analysis and design are complementary procedures, meaning that the work of a structural engineer is a continuous cycle of prototyping, testing, and making adjustments and refinements until, ultimately, quality and functionality of design are achieved.

Gravity Support and Lateral Force Resistance
Structures are subject to vertical, or ‘gravity’ loads and horizontal, or ‘lateral’ loads, Gravity loads include ‘dead,’ or permanent load, which is the weight of the structure, including its walls, floors, finishes, and mechanical systems, and ‘live,’ or temporary load, which is the weight of a structure’s contents and occupants, including the weight of snow. Lateral loads include those generated by wind, earthquakes, or explosions. Structural engineers must design elements so that, as a system, the structure can resist all loads that will act upon it.

Buildings, Bridges, and other Structures
Structures are any system that resists vertical or horizontal loads. Structures include large items such as skyscrapers, bridges, and dams, as well as small items such as bookshelves, chairs, and windows. Most everyday ‘structures’ are ‘designed’ by testing, or trial and error, while large, unique, or expensive structures that are not easily tested are generally designed by a qualified structural engineer using mathematical calculations. Most practising structural engineers design and analyze buildings, bridges, power plants, electrical towers, dams, and other large structures that are essential to life as we know it.

Here is summary of the types of projects a structural engineer may be involved with:

The work of all structural engineers, regardless of their specific projects, typically entails:

What is the workplace of a Structural Engineer like?

These professionals often work both in an office environment and on project sites, as needed. Jobs can be located in urban and rural areas alike, and working away from home may be required when client projects are based out of town. While structural engineers typically work full time during standard business hours, occasional evening, weekend, and overtime work may be necessary to meet project deadlines.

Engineering consultants, in particular, may work on jobs anywhere in the world, such as repair projects following large-scale natural disasters like earthquakes, hurricanes, or tsunamis.

All structural engineers use design software and computers. They work as part of a team alongside architects, builders, and other engineers. When visiting job sites, they must wear safety equipment.