What is an Electrical Engineer?

An electrical engineer applies the physics and mathematics of electricity, electromagnetism, and electronics to design and develop new electrical equipment and systems, to solve problems, and to test equipment.

What does an Electrical Engineer do? 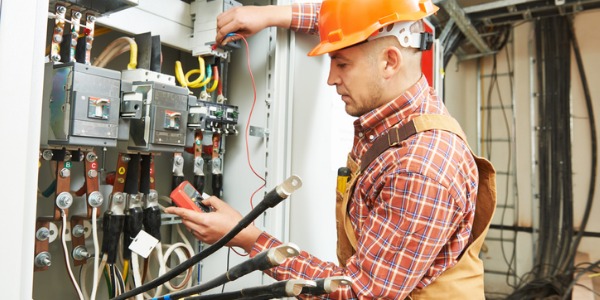 Electrical engineering dates back to the late 19th century, and is one of the newer branches of engineering. The field of electronics was born with the invention of the thermionic valve diode vacuum tube in 1904 by John Ambrose Fleming, and was the foundation of all electronics, including radios, television and radar, until the mid-20th century.

Some of the most important pioneers in electrical engineering include Thomas Edison (electric light bulb), George Westinghouse (alternating current), Nikola Tesla (induction motor), Guglielmo Marconi (radio) and Philo T. Farnsworth (television). Innovative ideas and concepts were turned into practical devices and systems that paved the way to what we have and use today.

Electrical engineers work on a variety of projects, such as computers, robots, cell phones, cards, radars, navigation systems, wiring and lighting in buildings and other kinds of electrical systems.

More and more, electrical engineers are relying on computer-aided design (CAD) systems for the creation of schematics and to lay out circuits, and they use computers to simulate how electrical devices and systems will function.

Electrical engineers work in various industries and the skills required also vary. These skills can range from basic circuit theory to those required to be a project manager. The tools and equipment that an electrical engineer may need are also variable, and can range from a straightforward voltmeter to a top end analyzer to advanced design and manufacturing software. 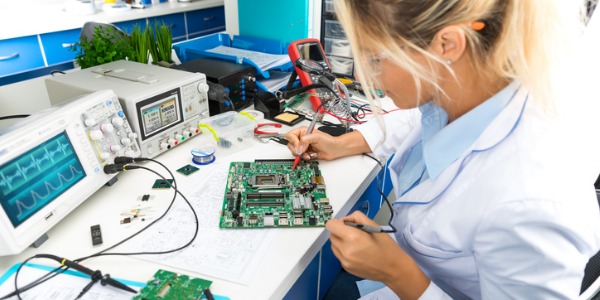 The most popular sub-disciplines are:

Electronic Engineer
Electronic engineers research, design, create, and test electronic systems and components to be used in areas such as telecommunications, acoustics, aerospace guidance, and propulsion control, or instruments and controls.

This career is very similar to that of an electrical engineer — both careers are used interchangeably in the United States. The main difference is specialization. While electrical engineers take care of entire electrical systems, electronics engineers hone in on the smaller parts, such as individual computers, electronic circuits, resistors, capacitors, inductors, transistors, and diodes and use their knowledge of electronic theory and materials properties.

Microelectronics engineers use specialized equipment and unique wiring techniques such as wire bonding because of the unusually small size of the components, leads and pads. As techniques have improved, the scale of microelectronic components has continued to decrease, therefore, the impact of circuit properties such as interconnections may become of more interest.

The goal of the microelectronics engineer is to find ways to minimize these 'parasitic' effects, while delivering smaller, faster, and cheaper devices.

Efficient use of signals arises from implementing precise algorithms coded in software packages with concise steps and real-time outputs. Engineers need to develop the steps needed, provide the specifications, design the processor which acts like the machine, and simulate the system pre-hand before the fabrication.

Power Engineer
A power engineer, also called a power systems engineer, deals with a subfield of electrical engineering that involves the generation, transmission, distribution, and utilization of electric power, along with the electrical equipment associated with these systems (such as transformers, generators, motors, and power electronics).

This type of engineering discipline uses the automatic control theory to design controllers that cause systems to behave in a certain way, using micro-controllers, programmable logic controllers, digital signal processors, and electrical circuits. By using detectors and sensors to measure the output performance of the controlled process and provide corrective feedback, desired performance can be achieved.

They use an assortment of equipment and transport media in order to design the network infrastructure (such as twisted pair, coaxial cables, and optical fibres), and provide solutions for wireless modes of communication and information transfer, such as wireless telephone services, radio and satellite communications, and internet and broadband technologies.

One can find instrumentation engineers working at almost all process and manufacturing industries involved with steel, oil, petrochemical, power, and defense production.

They specialize in areas like digital systems, operating systems, and computer networks. Computer engineering attempts to match digital devices with software to meet the scientific, technological, and administrative needs of business and industry.

Are you suited to be an electrical engineer?

Electrical engineers have distinct personalities. They tend to be investigative individuals, which means they’re intellectual, introspective, and inquisitive. They are curious, methodical, rational, analytical, and logical. Some of them are also realistic, meaning they’re independent, stable, persistent, genuine, practical, and thrifty.

Does this sound like you? Take our free career test to find out if electrical engineer is one of your top career matches.

What is the workplace of an Electrical Engineer like?

A large part of an electrical engineer's day involves project management, such as meeting with clients, determining budgets, and preparing project schedules. Supervising the work of other professionals, such as computer programmers, electricians, scientists, and other engineers, is also required at times. A typical work week is 40 hours, although there may be overtime involved to meet deadlines.