What is an Animal Behavioural Specialist?

An animal behavioural specialist has a love of animals and an interest in what makes them behave the way they do. They note an animal's behaviour in different environments and how their behaviour may change depending on the environment, hormonal changes, physical and mental changes, and many other factors.

There are many sub-types of animal behavioural specialists, covering many areas of behaviour sciences, and each sub-type looks at its own set of criteria for study.

What does an Animal Behavioural Specialist do?

An animal behavioural specialist's duties can include caring for animals in a zoo, shelter, or lab, diagnosing behavioural problems of family pets, rehabilitating rescued dogs, cats, or horses, and aiding in scientific research. 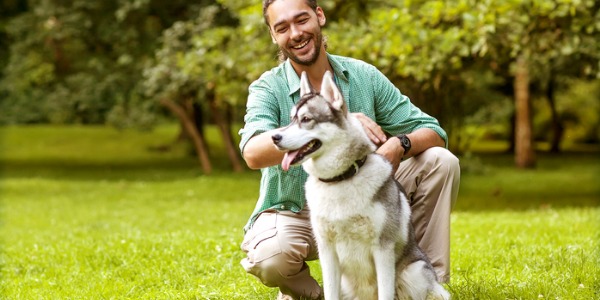 Some of the behavioural problems that may be diagnosed are: separation anxiety disorder (a common disorder for abandoned pets), dominance, aggression (found in many dogs that are rehabilitated after being seized from fighting rings), fear (often found in abuse cases), bucking (commonly caused by back pain), head tossing, and spraying (territorial marking commonly found in multi-cat homes).

Some animal behaviour specialists focus on the evolution of animal behaviour over a period of time based on their environment. For example, they may study how a wild horse's behaviour changes after being brought into a domestic setting. There is truly no one specific career path in this field, but animal behavioural specialists usually fall into a few sub-categories as described below:

Ethology - the study of an animal in order to verify links between genetic or environmental factors and the behaviours they cause. Controlled experiments may be used to determine these connections, be it in a lab setting or a more natural, but controlled setting. The previously mentioned wild horse example would fall into the category of ethology.

Ecology - the study of how an animal adapts to their environment, much like a specialist in ethology would. Through time-based observation, they note how and why an animal's behaviour changes, and what helps the animal to survive in the environment it is placed in.

Comparative Psychology - the study of the similarities that govern all creatures, rather than just one particular species. The specialist is watching for common links between species that link disease, migration, intelligence, and even reproduction. These specialists use many methods from other fields of behavioural science.

Are you suited to be an animal behavioural specialist?

Animal behavioural specialists have distinct personalities. They tend to be investigative individuals, which means they’re intellectual, introspective, and inquisitive. They are curious, methodical, rational, analytical, and logical. Some of them are also artistic, meaning they’re creative, intuitive, sensitive, articulate, and expressive.

Does this sound like you? Take our free career test to find out if animal behavioural specialist is one of your top career matches.

What is the workplace of an Animal Behavioural Specialist like?

Other areas include researchers that study through the aforementioned marine stations on the ocean. These behavioural specialists study the effects of many factors on marine life, taking note of disease, feeding patterns, and mating patterns of several species of marine life.

A growing number of animal behaviourists work in government laboratories or in private businesses. These jobs involve health-related research, such as a drug company conducting research on the behavioural effects of new drugs on animals or examining the links between animal behaviour and disease.