What is a Zoologist?

A zoologist studies the origins, genetics, diseases, life progression, and behaviors of animals. A zoologist's knowledge is key in preserving natural habitats, protecting endangered species, and managing wildlife's adjustment to our ever-changing climate.

There are a variety of avenues a zoologist can choose to take in this field, and many specialties one can branch into. To date, there are more than 1.3 million animal species identified, so it is not surprising that zoology is a very broad field. 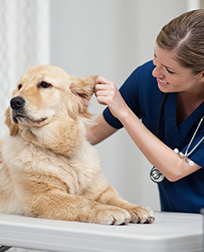 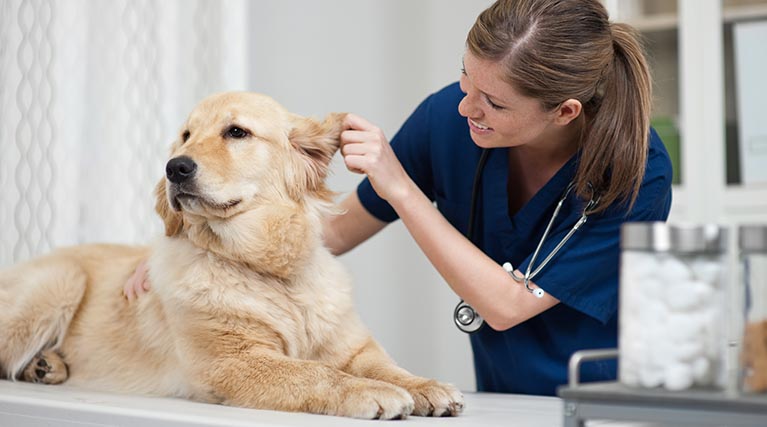 Ready to take the next step in your career? Become a Veterinary Technician through Penn Foster's accredited online school.

What does a Zoologist do?

A zoologist may devote their entire career to the study of one specific species or group of species, or work can be more generalized. They can choose to study animals either in their natural environment, or in captivity in zoos and aquariums. 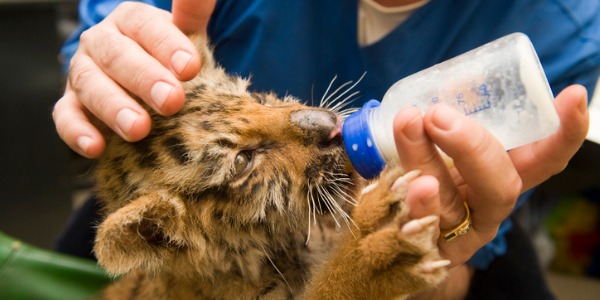 Zoologists that work in zoos participate in the direct care of animals. They will observe them, and organize and conduct experimental studies in either controlled or natural surroundings. A zoologist may also help to develop educational materials for zoo staff or visitors. Others work overseeing wildlife reserves, counting animal populations or studying the behaviour of certain animals.

There may be an assumption that a zoologist is always outside working with animals, but that is not necessarily true. Many work in a lab-based environment, studying certain biological aspects of animals. Others may work as professors at universities and colleges, teaching, researching, and writing reports and scientific papers or journal articles.

There are many different types of zoologists, identified by the type of species they study or their area of specialization. The following are a few examples:

Ethologist
Ethology is a rapidly growing field - it is a subset of zoology, and is simply the study of animal behaviour. Every species of wildlife has certain patterns of behaviour that can be scientifically studied. Ethologists study animals in their natural habitat (for example, Jane Goodall, who studied chimpanzees in the forests of Tanzania, is a famous ethologist). Ethologists look at animal communication, animal aggression, as well as their mating habits.

For many decades, the scientific community thought it understood animal culture, communication, and emotions. However, these areas of study have been re-examined, and new conclusions have been reached. New areas of study have emerged, such as neuroethology — a field that combines neurobiology (the study of the nervous system) and ethology (the study of animal behaviour in natural conditions).

Primatologist
Primatology is the branch of zoology that deals with primates, and primatologists study both living and extinct primates in order to understand specific aspects of their evolution and behaviour. Primates, in zoology, include gorillas, orangutans, chimpanzees, and lemurs. There are three approaches in primatology: field study, laboratory study, and semi-free range study (where a natural habitat is replicated in a captive setting). 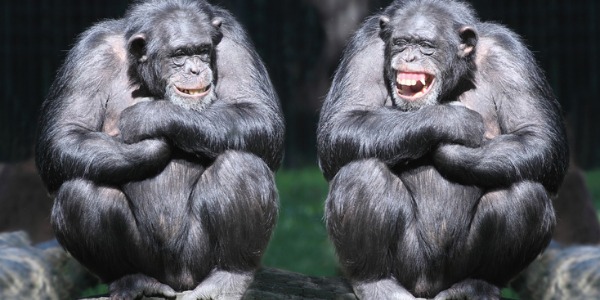 Wildlife Biologist
Wildlife biologists observe and study the behaviours of animals. They also look to maintain and conserve wildlife populations by keeping track of disease and nutrition, by planning and conducting population surveys, and by keeping track of endangered populations. Many wildlife biologists go on to specialize in a particular area of study, such as entomology, ornithology, herpetology, or marine biology.

Wildlife biologists frequently observe the traits of certain wildlife and ascertain their roles in specific ecosystems. They also carry out a variety of experiments to either expand their knowledge about a certain species or to see whether or how humans impact the ecosystem being studied.

Paleozoologist
Paleozoologists study both extinct and surviving animal remains, such as bone, horn, hair and soft tissues. They are as much environmental biologists as they are zoologists. Paleozoologists work on archaeological sites with paleontologists and with paleoecologists, and will use the data taken from a study to try and define the ecology at the time the animal died.

Mammalogist
A mammalogist only studies mammals. They study the mammals' natural history, taxonomy and systematics, their anatomy and physiology, as well as their behaviour, environment, actions, breeding and all around surroundings to gather any kind of information they can. There are over 4,000 species of living mammals and many extinct species that a mammalogist could study. Scientists who enter this field can work in:

Herpetologist
Herpetology is the branch of zoology that focuses on the study of reptiles and amphibians such as snakes, frogs, turtles, salamanders, crocodiles, and iguanas. Herpetologists study them in their natural environment to assess any possible threats from disease and pollution, and to study their behaviours, physiologies, development, and genetics. This work is crucial for endangered species such as the sea turtle and the American crocodile.

Many reptiles and amphibians are looked at as 'indicator species'. What this means is that research conducted on these animals can be used to assess environmental changes and conditions in a specific area. In fact, many herpetologists conduct environmental impact studies for the government, and share their findings either by presenting at conferences, writing journal articles, or educating the public through public talks or programs.

Some herpetologists work for museums as collection managers, and care for preserved specimens of amphibians and reptiles by cataloging and documenting them, as well as making the documentation available to researchers. Herpetologists that work for the zoo typically have administrative type jobs - responsibilities usually involve supervising a herpetology department and overseeing educational programs. 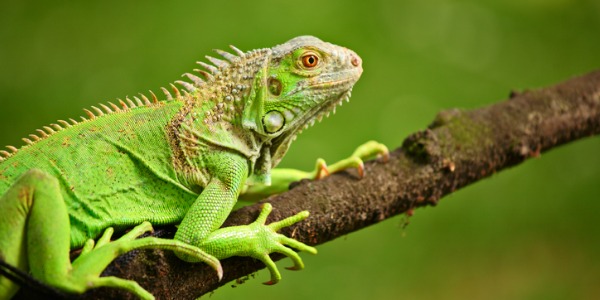 Ornithologist
Ornithology is a subset of zoology that focuses specifically on the study of birds. Ornithologists study every facet of bird life, including behaviour, flight and migration patterns, habitats, physiology, reproduction rates, and even their songs. They can generalize or specialize in a specific bird species.

To gauge the potential impact that humans and climate can have within a particular bird population, ornithologists often capture and band birds so as to track their whereabouts and behaviour. They keep detailed records to analyze the data they've collected, conduct ecological and environmental impact assessments for development projects, advise on endangered species populations, and strategize about conservation and protection.

An entomologist will study the classification, life cycle, and habits of insects and will often work with other scientists on joint projects such as creating pest resistant crops. They could also work with parasitologists or other microbiologists to develop new vaccines and medicines that combat insects that spread diseases. They investigate ways to control insect pests, parasites, predators, and pollinators. 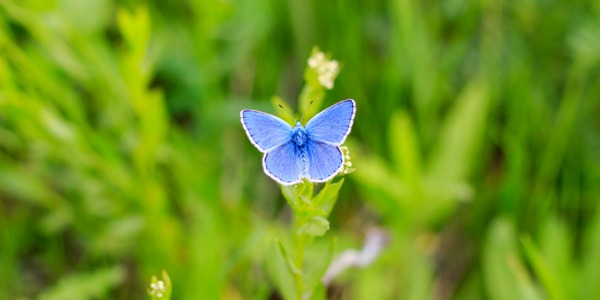 Arachnologist
Arachnology is the study of arachnids, which are spiders, scorpions, pseudoscorpions, and opiliones (or daddy longlegs) - those who study arachnids are called arachnologists. Amazingly, there are over 45,000 species of spiders alone. Arachnologists that want to study spiders can focus on spider evolution, diversity of types, venom, the role of webs, spider silk, the predatory tactics of different spiders, or what utilizations humans might find for spider venom.

As a side note, although mites and ticks are also arachnids, they have their own science, called acarology - and acarologists are specifically devoted to the study of these little creatures.

Cetologist
Whales, dolphins and porpoises are collectively called cetaceans, and cetology is the scientific discipline that is centred on the study of these mammals. Cetologists can choose to study any of the approximately eighty species of cetaceans and seek to understand and explain their evolution, behaviour, habitat, and interactions. It is imperative to understand cetaceans if they are to be protected and this is the main focus of cetology.

Observing and studying whales, dolphins, or porpoises in their natural environment means spending hours, even days, on board a boat. However, above-water observation is redundant for the most part since these animals spend most of their lives under the surface of the water. Tagging and tracking systems have proven invaluable in determining their whereabouts and understanding their underwater behaviours. Tags are attached to individual subjects and information is transmitted through satellites to the cetologists. 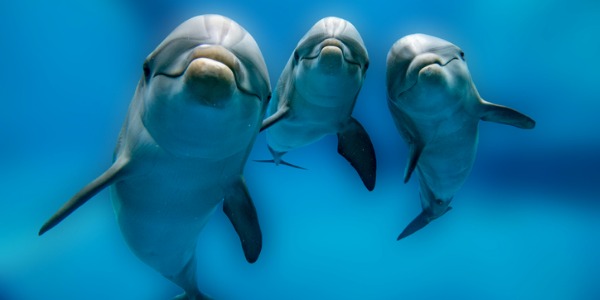 Many ichthyologists go on to earn master's or doctoral degrees, which allow more opportunity for specializing and offer options in research and academia. Those that work in conducting research spend time writing and publishing scientific papers and writing proposals to secure grants that will fund research projects. They will also give lectures and participate in student projects.

Are you suited to be a zoologist?

Zoologists have distinct personalities. They tend to be investigative individuals, which means they’re intellectual, introspective, and inquisitive. They are curious, methodical, rational, analytical, and logical. Some of them are also realistic, meaning they’re independent, stable, persistent, genuine, practical, and thrifty.

Does this sound like you? Take our free career test to find out if zoologist is one of your top career matches.

Some zoologists work as professors, preferring the classroom instead of being out in the field. Others work in a lab-based environment. Yet others prefer working outdoors, studying and working in wildlife reserves. Zoologists who do work out in the field or in remote areas can be away for long periods of time, sometimes weeks or months. And of course, some zoologists actually work at zoos, observing and taking care of animals.