What is an Animal Caretaker?

Animal caretakers love animals and taking care of them. They feed, water, groom, bathe, exercise, and show some love to pets and other non-farm animals. The job responsibilities can vary, depending on an individual's position and place of work.

Animal caretakers can work in a variety of settings, including kennels, zoos, stables, animal shelters, pet stores, veterinary clinics, and aquariums. Some of the work may be physically and emotionally demanding.

What does an Animal Caretaker do?

Animal caretakers train, feed, groom, and exercise animals. They also clean, disinfect, and repair the kennels and cages. They play with the animals, provide companionship, and observe behavioural changes that could indicate illness or injury. 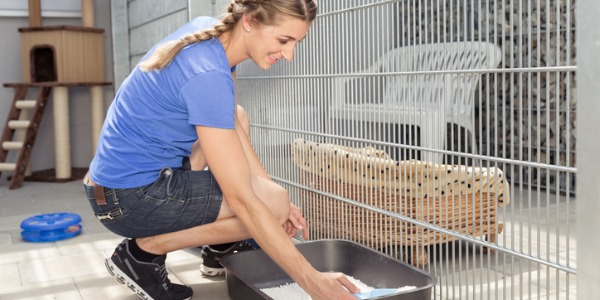 Animal caretakers typically do the following:

Non-farm animal caretakers typically work with cats and dogs in animal shelters. All caretakers look after the basic needs of animals, but more experienced ones may have more responsibilities, such as helping to vaccinate or euthanize animals under the direction of a veterinarian. Workers also may have administrative duties, such as keeping records on the animals, answering questions from the public, educating visitors about pet health, or screening people who want to adopt an animal.

Some animal caretakers are groomers and care for the appearance and cleanliness of the animal. Some groomers are employed by kennels, veterinary clinics, or pet supply stores, where they groom mostly dogs and occasionally cats. In addition to cutting, trimming, and styling the pets fur, groomers clip nails, clean ears, and bathe pets. Some groomers also schedule appointments, sell products to pet owners, and identify problems that may require veterinary attention.

Are you suited to be an animal caretaker?

Animal caretakers have distinct personalities. They tend to be realistic individuals, which means they’re independent, stable, persistent, genuine, practical, and thrifty. They like tasks that are tactile, physical, athletic, or mechanical. Some of them are also conventional, meaning they’re conscientious and conservative.

Does this sound like you? Take our free career test to find out if animal caretaker is one of your top career matches.

What is the workplace of an Animal Caretaker like?

Animal caretakers work in a variety of settings. Although many work in kennels, others work in zoos, stables, animal shelters, pet stores, veterinary clinics, and aquariums. Depending on their work setting, they may work outdoors in all kinds of weather.

Mobile groomers and pet sitters typically travel to customers’ homes. Caretakers of show and sports animals travel to competitions. The work of animal caretakers may, at times, be unpleasant and emotionally distressing. For example, those who work in shelters may see abused, injured, or sick animals.