What is an Animal Trainer?

Do you love animals? Is patience one of your attributes? Then becoming an animal trainer might be right up your alley!

Animal trainers get animals accustomed to human contact in order for them to behave in a certain way and to respond to specific commands. Training may be for protection, detection, companionship or entertainment. Animal trainers can work with service animals, family pets or show animals. 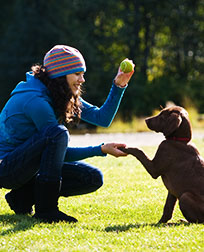 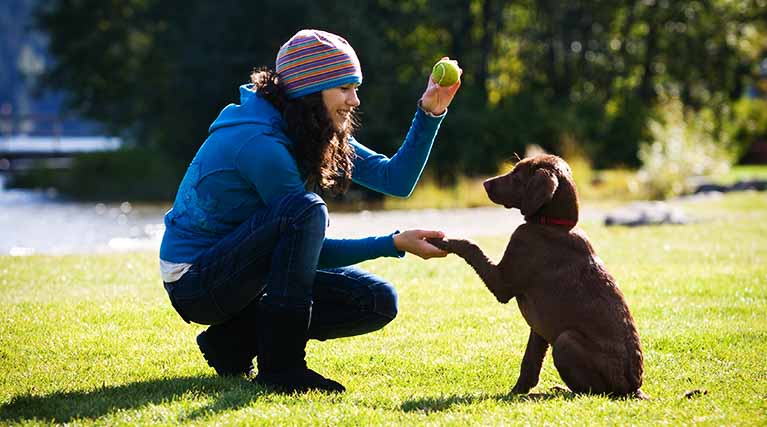 Ready to take the next step in your career? Become a Dog Obedience Trainer through Penn Foster's accredited online school.

What does an Animal Trainer do?

An animal trainer can work in several areas of training, as well as work with a variety of animals. Each type of animal training serves a different purpose. Here are a few examples:

Service Animal Trainer
Service animal trainers, such as guide dog trainers train dogs to assist people with disabilities who need extra assistance with poor eyesight, or who are blind. Some dogs are trained to help people in emergency situations, for example an epileptic seizure. They may also be trained to fetch medication, alert a caretaker, or activate an emergency call system by pushing a button.

Other dogs work with law enforcement to help detect people or drugs. They may also be trained to attack and protect when necessary.

Show Animal Trainer
Show animal trainers work with animals that perform in front of an audience of some sort. A horse trainer may be needed for horse shows or for racing. There is also animal training for the more adventurous type. For example, some people work in zoos or aquariums and train exotic animals. These trainers teach the animals tricks, care for them, and put on shows for zoo audiences. 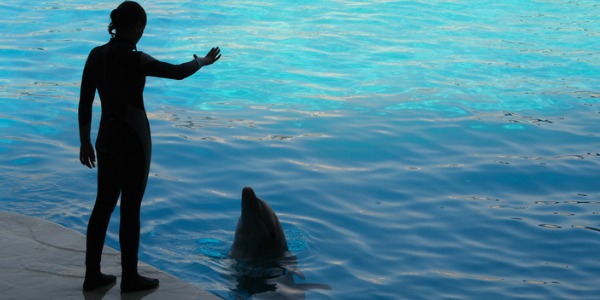 Animal Trainer for Film and Television
Animal trainers for film and television train animals to perform specific behaviors for roles in movies and television. Their responsibilities include transporting the animals to film locations and sets, feeding them, administering medications, monitoring their physical and mental health, and maintaining cages and enclosures.

These types of animal trainers also work with veterinarians to ensure that the animal care provided meets or exceeds industry standards. Some of the most popular movie animals include big cats, dogs, cats, reptiles, horses, bears, elephants, parrots, farm animals, and birds of prey.

It is not uncommon for animal trainers in this sector to be on call at night and on weekends and holidays. Depending on the location of a film shoot, they may find themselves working outdoors in extreme temperatures or be required to travel extensively.

Their work may involve arranging trucks, trailers, and other equipment to facilitate the safe transport of animals as well as securing the necessary permits and abiding by international import / export and quarantine restrictions.

Obedience Trainer
One of the more common animal training techniques is in obedience. Often dog owners will bring their pets in to a dog trainer to have them learn how to behave, listen to commands, walk on a leash, and to get them house-broken. These types of trainers will also educate owners on how to work with their pets after the classes are over. 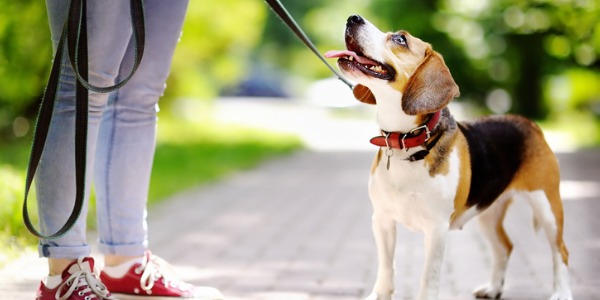 Animal trainers work one-on-one with animals and typically give them rewards when they do something correctly. The animal learns that when they behave a certain way, they will receive positive reinforcement and a treat, so are more likely to obey a command.

Are you suited to be an animal trainer?

Animal trainers have distinct personalities. They tend to be realistic individuals, which means they’re independent, stable, persistent, genuine, practical, and thrifty. They like tasks that are tactile, physical, athletic, or mechanical. Some of them are also investigative, meaning they’re intellectual, introspective, and inquisitive.

Does this sound like you? Take our free career test to find out if animal trainer is one of your top career matches.

What is the workplace of an Animal Trainer like?

An animal trainer might work in a zoo, aquarium, circus, research facility, or a movie set.