What is an Animal Breeder?

An animal breeder is responsible for producing animals that may be used for a variety of reasons, such as show, sport, companion pets, or food consumption.

What does an Animal Breeder do? 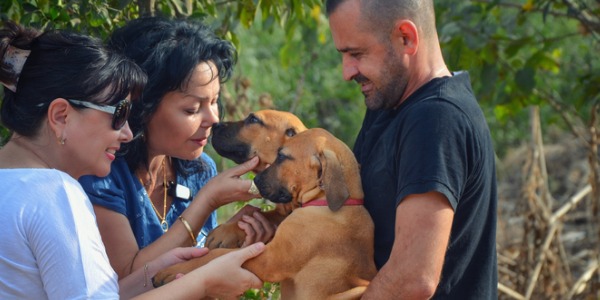 An animal breeder will mate animals to produce babies. The breeder then sells these baby animals once they have reached an age where they can survive without the mother. Breeders often work in conjunction with each other to find the perfect mates for each of their animals. Sometimes these animals will only meet during a short mating session. Other times, they may live in the same home.

Animal breeders also care for their animals and the baby animals until it is time to sell them. Breeders also ensure that their animals are purebred, and meet any breed standards or breeding club guidelines. Breeders must follow strict guidelines in order to reduce the chance for genetic disorders in offspring.

Are you suited to be an animal breeder?

Animal breeders have distinct personalities. They tend to be realistic individuals, which means they’re independent, stable, persistent, genuine, practical, and thrifty. They like tasks that are tactile, physical, athletic, or mechanical. Some of them are also investigative, meaning they’re intellectual, introspective, and inquisitive.

Does this sound like you? Take our free career test to find out if animal breeder is one of your top career matches.

What is the workplace of an Animal Breeder like?

Many breeders own large areas of land that are conducive to raising animals. Most large-scale breeding operations have dedicated barns and living areas for their animals. For example, a person who breeds horses will need a large horse farm to run their operation.

Some small-scale breeders choose to mate and raise the animals inside their own home. For example, a person who breeds pet snakes may be able to run their business completely out of a city apartment.