What is an Entomologist?

Careers in this field can range from agricultural entomology to forensic entomology. The career possibilities are endless.

What does an Entomologist do?

An entomologist studies the classification, life cycle, and habits of insects. They study their relationship to humans, other organisms, and the environment.

The study of insects creates the building blocks for developments in chemical and biological pest control, food production, biological diversity, and a variety of other fields in science. 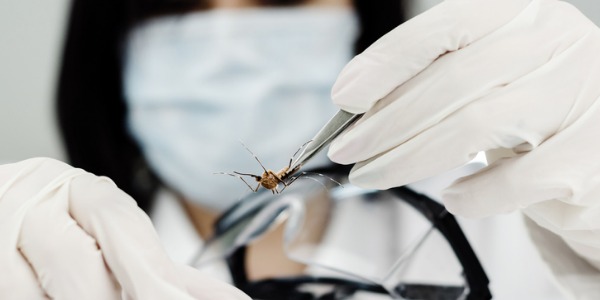 Entomologists will often work with other scientists on joint projects such as creating pest resistant crops. They may also work with parasitologists or other microbiologists to develop new vaccines and medicines that combat insects that spread diseases. They investigate ways to control insect pests, parasites, predators, and pollinators.

Many entomologists specialize in one kind of insect such as:

Duties of an entomologist may include:

Are you suited to be an entomologist?

Entomologists have distinct personalities. They tend to be investigative individuals, which means they’re intellectual, introspective, and inquisitive. They are curious, methodical, rational, analytical, and logical. Some of them are also artistic, meaning they’re creative, intuitive, sensitive, articulate, and expressive.

Does this sound like you? Take our free career test to find out if entomologist is one of your top career matches.

An entomologist typically works a standard 40-hour week, especially when working in research. They work both indoors conducting lab experiments and outdoors collecting specimens in the field. Field work can be strenuous and might require relocating to remote locations for extended periods of time. When working with poisonous or allergenic insects and chemicals, entomologists are required to take safety precautions.