What is a Political Scientist?

Political scientists are part researcher, part analyst, and part forecaster. They use their expertise to understand how policies and laws affect government, business, and citizens. They look back at history and monitor current affairs to predict trends.

As a science, the study of politics strives to be systematic, objective, and impartial. Ideally, randomness and subjectivity are avoided and personal biases and partisan views are kept out of the process. This is not to say that a political scientist cannot offer opinions as well as conclusions, but the discipline requires that they be based on fact and supported by evidence and reasoning.

In more general terms, the diverse field of political science is divided into four major subfields. To understand what a political scientist is, it is necessary to comprehend the distinctions that define the areas of the discipline.

Comparative Politics
As the name suggests, comparative politics compares systems of government, such as democracy, republic, monarchy, communism, etc. It is, essentially, the study of political experience within more than one nation-state for the purpose of making systematic comparisons. Political scientists in this arena examine the structure and the impacts of political parties.

International Relations
Political scientists who study international relations examine the ways that nations interact. Whereas the subfield of comparative politics examines and contrasts the internal workings of multiple nations, international relations considers how countries relate to one another. This endeavor is concerned with foreign policy, military questions, national security, trade policy, and international finance. Some of its focus is on how nation-states cooperate, trade, argue, and go to war.

Political Economy
This branch of political science is the study of how politics and economics affect each other. Political scientists in this subfield investigate how a country is managed or governed, taking into account both political and economic factors. This may involve assessing fiscal policies, stabilization measures, and public regulation of industry. It may include examining the impact of economic power on international relations or how different economies evolve within similar political systems. It may consider ways in which political reform could lead to a more just or more efficient society.

Political Philosophy
Political philosophy is the most abstract branch of political science. It is concerned with fundamental questions about the state, government, politics, liberty, justice, civil rights, and the enforcement of a legal code by authority. It is, essentially, ethics applied to a group of people, and discusses how a society should be set up and how individuals should act within a society.

What does a Political Scientist do? 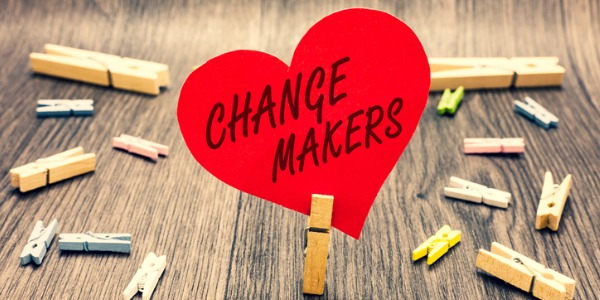 It is not surprising that a background in political science can be applied to a variety of fields, because politics and government impact so many elements of our lives.

The answer to the question, What does a political scientist do?, therefore, is multifaceted. Political scientists do not do one specific thing. Their specialized knowledge in one or more of the subfields described above – comparative politics, international relations, political economy, or political philosophy – can be valuable in several roles.

The following are some of the sectors and roles to which they may bring their expertise:

Lobbyist
Lobbyists or activists seek to persuade members of the government (like members of Congress) to enact legislation that would benefit their particular group or sector. The lobbying process involves researching and analyzing legislation or regulatory proposals, attending congressional meetings, and educating government officials and corporate officers on relevant issues. Lobbyists also work to change public opinion through advertising and publicity campaigns or by influencing so-called opinion leaders.

Political Campaign Manager
Getting a political candidate elected is the objective of a political campaign manager. To make this happen involves researching, planning, and implementing the right strategies. In this role, a comparative political scientist might use their knowledge of the policies and methodologies of competing political parties. A political economy specialist could also be hired as a campaign manager, to positively present a candidate’s fiscal policies and position on regulation of particular industries.

Career Politician
Many politicians have a political science background. It is easy to see how expertise in one or more the discipline’s subfields could be useful in presenting a political platform and gathering the public and party support required in this role.

Political Consultant
Government officials do not make decisions on their own. They seek advice from experts to shape policies and proposals and to evaluate public perception and reaction. Political scientists with a background in political economy, for example, would be well equipped to advise on the feasibility and political fallout of economic reforms being considered by an incumbent government.

International Business Specialist
With their knowledge of national and international policies and global trends, these specialists bring valuable insights and an understanding of consumer behavior and how economies work. A political scientist who has extensively studied international relations can better defend company interests, conduct discussions, and negotiate contracts that are beneficial and profitable.

Market Researcher
Some of the best market researchers have experience in the political science realm. This should not be surprising, considering the components of their job: collecting information on customer opinions about products or services; assessing and coordinating research projects; and communicating with clients to understand business objectives. Without question, practitioners of this work can benefit from familiarity with different political systems, different economic structures, and different philosophies of governance within the international marketplace.

Public Relations Specialist
There is no disputing that a political scientist would bring invaluable experience to the role of PR specialist to a political candidate or government official. This work starts with understanding the dynamics and public perceptions of all the political parties in play, the potential impact of the current economic landscape, and the evolution of voter opinions.

Understanding how international laws shape government policies. Being aware of the common set of rules politicians worldwide should operate by. Recognizing the differences between various legal systems and how they interact on the global stage. Law and political science go hand-in-hand.

Political analysts, commentators, and journalists, who cover news and events related to politics, often have a background in political science. Media outlets benefit from their understanding of the political climate, international trends, global events, and international history.

Graduates with a degree in political science can pursue opportunities in the education sector. Those who earn a Ph.D. will be qualified to teach at the university level.

Regardless of the specific kind of work they do, all political scientists will find themselves involved in some combination of the following activities:

Are you suited to be a political scientist?

Political scientists have distinct personalities. They tend to be investigative individuals, which means they’re intellectual, introspective, and inquisitive. They are curious, methodical, rational, analytical, and logical. Some of them are also artistic, meaning they’re creative, intuitive, sensitive, articulate, and expressive.

Does this sound like you? Take our free career test to find out if political scientist is one of your top career matches.

What is the workplace of a Political Scientist like?

Political scientists may be found in a variety of workplaces.

Of course, professors and graduate students teach and conduct research within the ivy-covered walls of universities. Inside the skyscrapers of big cities, many political scientists are employed by private corporations as policy analysts, writers, and commentators; and find themselves working in bustling offices or television studios. Still others are called to public service and spend their workdays within the halls of government.