What is a Microbiologist?

Microbiologists study the growth, development, and characteristics of microscopic organisms such as bacteria, algae, and fungi. They work in laboratories and offices, where they conduct scientific experiments and analyze the results.

What does a Microbiologist do? 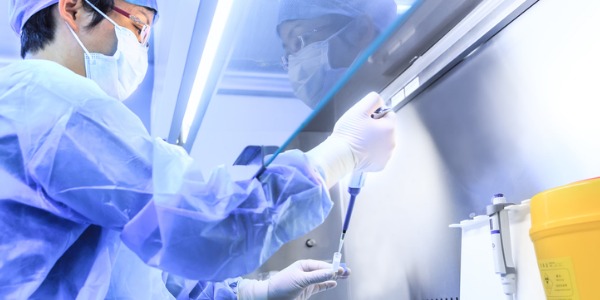 Microbiologists use computers and a wide variety of sophisticated laboratory instruments to do their experiments and analyze the results. For example, they use powerful electron microscopes to study bacteria. They use advanced computer software to analyze the growth of microorganisms found in samples.

An increasing number of scientific research projects involve multiple disciplines, and it is common for microbiologists to work on teams with technicians and scientists in other fields. For example, microbiologists researching new drugs may work with medical scientists and biochemists to develop new medicines such as antibiotics and vaccines. As another example, microbiologists in medical diagnostic laboratories work alongside physicians, nurses, medical laboratory technologists and technicians and other health professionals to help prevent, treat, and cure diseases.

Microbiologists typically do the following:

Are you suited to be a microbiologist?

Microbiologists have distinct personalities. They tend to be investigative individuals, which means they’re intellectual, introspective, and inquisitive. They are curious, methodical, rational, analytical, and logical. Some of them are also realistic, meaning they’re independent, stable, persistent, genuine, practical, and thrifty.

Does this sound like you? Take our free career test to find out if microbiologist is one of your top career matches.

Microbiologists typically work in laboratories and offices, where they conduct experiments and analyze results. Those who work with dangerous organisms must follow strict safety procedures to avoid contamination. Most microbiologists work full time and keep regular hours.

Basic researchers usually choose the focus of their research. Applied researchers who work for companies spend more time working on products that the company can sell. They are often under pressure to meet deadlines and follow specifications for grants to fund their research. They may face competition for research grants.