What is a Social Scientist?

Social science is the scientific study of social, cultural, psychological, economic, and political forces which influence the world around us. Whereas the physical sciences like physics, chemistry, and geology study the natural world, social science examines the human, constructed world.

Social scientists, also known as social researchers, ask and explore important questions about the nature, growth, and functioning of human societies, about the link between society and human behavior.

Why do people act the way they do? How have they been shaped by their past and present cultural and physical contexts? What motivates their behavior and ways of thinking? How do their interactions influence their own identities and the societies in which they live? How do individuals, groups, and institutions make decisions, express power, and change?

The breadth of these questions speaks to the broad mission of social science, and to the array of its practitioners. In short, social scientists are the anthropologists, archaeologists, economists, geographers, historians, political scientists, psychologists, and sociologists who study the human condition and look for ways to improve it.

What does a Social Scientist do?

Let’s start to answer this question by taking a broader look at the work of the social scientist, regardless of which social science they have studied in depth. 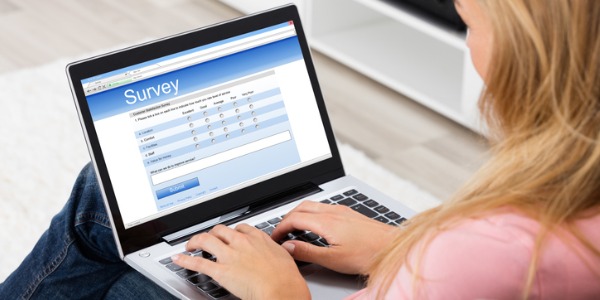 Research is at the heart of what social scientists do. They use interviews, questionnaires, surveys, focus groups, and case studies to gather information, in an effort to:

To recommend effective action plans for achieving these and other related outcomes, social scientists perform a variety of tasks including:

By now, it’s clear that all social scientists investigate social issues. They study all aspects of society – from past events to human behavior and relationships among groups. The specificsof what they do, the perspective from which they embark on their investigations, however, depend on their chosen field. So, with that in mind, let’s delve into discussions of the work undertaken by several major types of social scientists.

Anthropologist / Archaeologist
Social scientists who specialize in anthropology study the origin, development, and behavior of humans. Anthropologists examine the ways of life, languages, archaeological remains, and physical characteristics of people in various parts of the world. They are concerned with explaining differences and similarities in human societies across space and time. Anthropologists generally focus their work on one of four subfields:

Archaeologists study human culture by analyzing the objects people have made. They carefully remove from the ground items such as pottery and tools, and they map the locations of houses, trash pits, and burials to learn about the daily lives of a people. They also analyze human bones and teeth to learn about a people’s diet and the diseases they suffered.

Biological anthropologists seek to understand how humans adapt to different environments, what causes disease and early death, and how humans evolved from other animals. They are also interested in how biology and culture work together to shape our lives.

Sociocultural anthropologists explore how people in different places live and understand the world around them. They want to know what people think is important and the rules they make about how they should interact with one another. They seek to understand both how societies vary and what they have in common.

Linguistic anthropologists study the many ways people communicate across the globe. They are concerned with how we use language in our lives, how language is linked to how we see the world and how we relate to one another, and how we construct society and culture. This entails examining how language works and how it evolves over time.

Economist
Economists study the ways a society uses scarce resources such as land, labor, raw materials, and machinery to produce goods and provide services. They analyze the costs and benefits of distributing and consuming these goods and services. Economists conduct research, collect and analyze data, monitor economic trends, and develop forecasts. Their research might focus on topic such as energy costs, inflation, interest rates, farm prices, rents, imports, or employment.

Geographer
Geographers study the physical world and examine the connections between people, places, and the Earth. They examine social aspects, such as human demography (the study of statistics such as births, deaths, income, or the incidence of disease, which illustrate the changing structure of human populations), and physical aspects, such as geomorphology (the study of landforms, their processes, form, and sediments at the surface of the Earth).

Historian
Historians research, analyze, and interpret the past, using government and institutional records, newspapers and other periodicals, photographs, interviews, films, and unpublished manuscripts such as personal diaries and letters. They typically specialize in a country or region, a particular period, or a particular field, such as social, intellectual cultural, political, or diplomatic history.

Psychologist
Psychologists analyze the cognitive, biological, and social bases of how humans think, feel, and behave.

What is the workplace of a Social Scientist like?

Most social scientists work at colleges, universities, government institutions, think tanks, or nonprofit / social advocacy organizations. As they typically devote their time to conducting research, teaching, or authoring books on human behavior, they spend most of their workday in a lab, classroom, or office.

They generally have regular hours and often work as an integral part of a research team. When they work alone, it is usually to write reports of their findings. For some, travel may be required to collect information or attend meetings. When doing fieldwork, social scientists may need to travel to remote areas, live among the people they are studying, learn their languages, and adapt to unfamiliar climates and cultures and sometimes rugged conditions.

Social scientists employed by the government often work in the federal executive branch, which comprises the FBI, the State Department, and the Environmental Protection Agency. Political parties and individual politicians sometimes hire social scientists to conduct strategic analysis and planning and consult on their campaigns.