What is a Sociologist?

Sociology is the study of how society affects people, and how people affect society. The dictionary defines sociology as "the systematic study of society and social interaction". The word “sociology” comes from the Latin word socius (companion) and the Greek word logos (speech or reason), which when put together mean “reasoned speech about companionship”.

Sociologists use a variety of methods to study society and social behaviour. They examine groups, cultures, organizations, social institutions, and processes that people develop and apply these to the real world. Most sociologists work in research organizations, colleges and universities, regional and federal government, and consulting service firms. Educators, lawmakers, administrators, and social workers use sociological research to solve social problems and formulate public policy.

What does a Sociologist do?

The sociologist Dorothy Smith defines social as being "the ongoing concerting and coordinating of individuals’ activities”. Even if there are only two people involved, there is a social interaction that entails the “ongoing concerting and coordinating of activities". Sociology uses many different methods to study an enormous amount of subject matter and to apply these studies to the real world. Sociologists learn about society as a whole by studying face-to-face interactions, group interactions, and even by studying large-scale historical events that have and are still affecting entire civilizations.

Sociologists study people's social lives, activities, behaviours, interactions, processes, and organizations within the context of larger social, political, and economic forces. They examine how social influences affect different individuals and groups, and the ways organizations and institutions affect people's lives. They also trace the origin and growth of these groups and interactions.

A society can be thought of as a group of people who live in a specific area, interact with each other, and share a certain way of life (or culture). A culture, or the way a group of people customarily do things, may include shared and habitual practices, values, and beliefs.

Societies can be very different depending on where you live. For example, let's say a couple attends a sports game together with hundreds, or thousands, of other people. They may only know each other in the crowd. However, they may experience a feeling of camaraderie and connection with the many others that are there as they cheer and boo alongside them. As they leave the sports event, they know how to behave. They move out of the way if someone needs to get by, and they say 'excuse me' if they need to get by.

However, if that same couple were in a foreign country and in a crowded sports arena, it could be a very different experience. Perhaps the norm in that foreign country (or society) is to be very demonstrative and passionate. Perhaps the hometown team losing results in anger, fighting, or even some rioting. The couple will most likely have trouble figuring out what is happening and why, and will not feel part of the crowd or even safe to be there. They will not know what to do or how to behave in that situation.

The crowd response to two similar events can be very different because each group of people has their own society, or culture, and their own way of interacting with each other. To make it even more complicated, the simple fact of being in a group of people can change people's behaviour, which means that people of the same group can exhibit different behaviours even when in the same situation.

Why do people feel and act differently in different types of social situations? Why do people of a single group show different behaviours in the exact same situation? Why do people acting very similarly not feel connected to other people showing the same behaviour? How can the experience of camaraderie or togetherness be put into words or explained? These are just some of the many, many questions that sociologists ask as they study all aspects and levels of society.

Sociology is a very broad subject. Everything in the social arena is available for study and specialization, including the following:

Sociologists can specialize in a wide range of social topics:

Some common duties and responsibilities of sociologists:

Design research projects to test theories about social issues
Collect data through surveys, observations, interviews, and other sources
Analyze and draw conclusions from data
Prepare reports, articles, or presentations detailing their research findings
Collaborate with other sociologists or social scientists
Consult with and advise clients, policymakers, or other groups on research findings and sociological issues

Micro-Sociology
Micro-sociology focuses on studying human social interactions on a small scale, such as the role of women, the nature of family, and immigration. It looks at individuals and how they interact with each other and is primarily concerned with how individuals or small groups interact face-to-face. Micro-level studies examine individual thought, action, and interaction.

Micro-sociologists tend to ask more focused questions that explore the lives of smaller groups of people. One-on-one interviews, ethnographic observation, and focus groups are more commonly used in micro-sociological research. These methods of study can help to make connections between historical trends and the way people experience their everyday lives. Some micro-sociologists choose to insert themselves into the communities they study and become part of the lives of their participants. Living among the people they are studying enables the micro-sociologists to see how the participants live, how they interact, how they communicate, and how social systems affect the lives and experiences of people who live within them.

Macro-Sociology
The interest in macro-sociology is as old as the discipline of sociology itself. Macro-sociology focuses on studying human social interactions and social phenomena on a large scale. Social structure is found in both large groups of people and in their interactions. Macro-level studies target social structures and the influences that organize as well as separate people into political, social or religious groups and organizations, ethnic populations, and communities. Social class is an example of social structure, as is the relationships between social class and the economy. Therefore, the study of social class and the study of the economy are examples of macro-sociology.

At the highest level, macro-sociology may cover all human society and history. It can deal with a wide range of societal issues, such as war, the suffering of Third World nations, poverty, and the environment. It can also focus on the rise and decline of civilizations, the origins and evolution of modern nation-states, social revolutions, and the origins of social, political, economic, and cultural changes.

Meso-Sociology
Meso-sociology is the study of intermediate (meso) social structure, such as income, age, gender, race, ethnicity, organizations and geographical communities. This area of sociology lies between focusing on large-scale macro forces such as the economy and everyday micro human social interactions such as family dynamics. It typically involves a population size that falls between the micro- and macro-levels, such as a community or an organization. For example, meso-level areas of social control include middle-level organizations, such as prisons, mental hospitals, and rehabilitation centres. Communities also are instruments of social control, such as police forces.

Global-Sociology
Global-sociology focuses on changes in the economic, cultural, social, and political areas of society. It looks at the merging of these areas between nations, regions, communities, and even isolated places. Globalization refers to expanding capitalism to include all places around the world into one globally unified economic system.

Culturally, global-sociologists refer to a global unification of ideas, values, norms, behaviours, and ways of life. Politically, they look at the development of a global-scale government whose policies and rules nations are expected follow. These core features of globalization are propelled by technological advancement, the global merger of communication technologies, and the global distribution of media.

Are you suited to be a sociologist?

Sociologists have distinct personalities. They tend to be investigative individuals, which means they’re intellectual, introspective, and inquisitive. They are curious, methodical, rational, analytical, and logical. Some of them are also artistic, meaning they’re creative, intuitive, sensitive, articulate, and expressive.

Does this sound like you? Take our free career test to find out if sociologist is one of your top career matches.

Sociology opens up a wide range of careers in areas such as welfare, education, social research, and government. Examples of employers are: law firms, media companies, social and market research organizations, marketing and PR firms, schools, colleges and universities, and charitable organizations.

Sociologists typically work behind a desk, researching and writing reports. They may occasionally work outside the office to meet with colleagues, conduct field research through interviews or observations, or present research results. Most sociologists work full time during regular business hours. 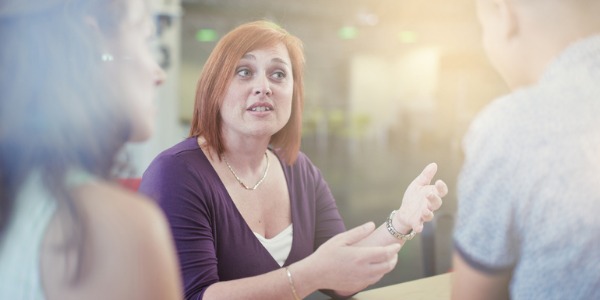