What is a Climate Change Analyst?

Climate change is a hot topic these days, both scientifically and politically. If this is a subject you are passionate about, you may want to consider becoming a climate change analyst!

A climate change analyst evaluates scientific data, conducts research about the climate, and then makes inferences to link the collected data to the world around them.

The kind of information collected may include that related to glaciers, ocean temperatures, atmospheric temperature and greenhouse gas emission levels, amongst a lot of other scientific data.

What does a Climate Change Analyst do? 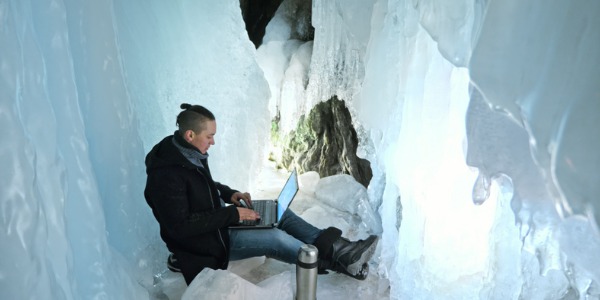 The climate data often includes, but is not limited to, information about atmospheric temperature, ocean conditions, ice masses, and greenhouse gases.

Analysts use this data to create models and to predict probable changes in the earth’s climate in the future, as well as what impacts, if any, these changes will have on natural ecosystems and civilizations. They evaluate both the economic and physical impacts of such changes.

The scientific aspect is preferred by those who wish to deal with complicated data, and constructing mathematical and physical models of climatic expectations. Part of the job would be to create charts, statistical graphs, and reports from complex data.

They collaborate closely with the scientists who gather the climate data and work with them to analyze the information and put it in the context of current environmental practices. They might also model how changes to existing government policies could alter the effects of climate change.

The political aspect still involves interacting with scientific information, but not with as much raw data. They concentrate more on evaluating the published body of climate data in order to draw conclusions and make predictions from multiple studies.

These predictions are used to lobby for or against proposed policy changes. They spend a lot of time communicating their findings to non-scientific audiences such as lawmakers and corporations, as well as the general public.

Are you suited to be a climate change analyst?

Climate change analysts have distinct personalities. They tend to be investigative individuals, which means they’re intellectual, introspective, and inquisitive. They are curious, methodical, rational, analytical, and logical. Some of them are also enterprising, meaning they’re adventurous, ambitious, assertive, extroverted, energetic, enthusiastic, confident, and optimistic.

Does this sound like you? Take our free career test to find out if climate change analyst is one of your top career matches.

What is the workplace of a Climate Change Analyst like?

Climate change analysts mainly work indoors. A substantial amount of their time is spent working on a computer, analyzing data, and writing research papers and speeches.