What is an Anthropologist?

The word anthropology comes from the Greek word anthropos (human), and logia (study). It makes sense then, that anthropologists are scientists who want to explore, study, and understand humankind.

How do they do this? By researching and studying artifacts, ancient cultures, and ancient languages. Research like this gives anthropologists a better understanding of how modern civilizations and behaviours came to be. This can then be applied to our social policies and public problems. Anthropologists can tackle big human problems, such as population growth, inequality, globalization, and poverty.

What a fascinating career choice!

What does an Anthropologist do?

Anthropologists study people via culture, while other social sciences, (such as psychology, engineering and ergonomics), specialize in singular aspects. Perhaps the best definition of the field of anthropology was articulated by anthropologist Alfred L. Kroeber (1876-1960), who said, "Anthropology is the most humanistic of sciences and the most scientific of the humanities."

Although closely related and often grouped with archaeology, anthropologists and archaeologists carry out different roles, though archeology is considered a sub-discipline of anthropology.

Anthropologists learn to listen without judgment and understand that there may be more than only one view of the world. In doing that, they learn to observe their own cultural beliefs and behaviours more critically.

While each sub-field has specific theoretical frameworks and methodologies, they also share a number of similarities, in that each one applies theories, employs systematic methodologies, formulates tests and hypotheses, and develops extensive sets of data. 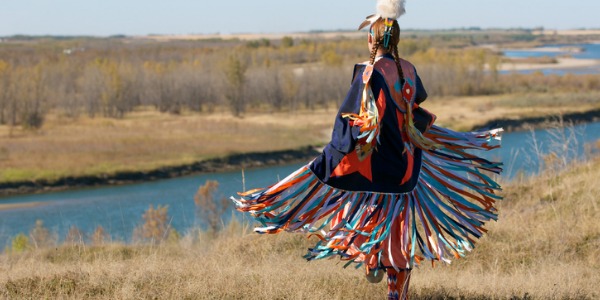 The focus of cultural or social anthropology – also referred to as ethnology – is basically to understand how people in different societies perceive themselves and the world around them. These perceptions are typically revealed through art, legends, myths, and social institutions such as families and leadership structures. Therefore, sociocultural anthropologists are interested in how humans behave in group settings and in the language, cultural rituals, and relationships that they develop.

The common perception of these anthropologists is that they study non-Western groups and societies in faraway, exotic places. This tended to be true during the early development of the sub-field. Today, though, ethnographers also focus on the subgroups and subcultures within Western society, seeking to uncover the logic behind how we behave.

Employed as social scientists for government or private research laboratories, these anthropologists conduct surveys and analyze data to develop new and more effective social policies. In the Western world, they may conduct census studies, work in disease prevention, or aid in the development of new crowd control techniques.

Sociocultural anthropologists may also be employed as policy and program analysts, studying and analyzing government or corporate policies to assess their effectiveness and determine whether social reform plans can be improved. In many ways, social scientists are sociologists who work to implement their theories in a variety of practical applications.

Archaeologists study human culture by uncovering and analyzing the objects that people have made and left behind. By examining pottery, tools, and other things that they remove from the ground and by mapping locations of houses, trash pits, and burial grounds, they form a picture of the lives led by a people.

By scrutinizing bones and teeth they are able to make inferences about a people’s diet and the diseases they suffered. As archaeologists uncover the hidden history of civilizations, they can look at how cultures change and at least begin to explain differences and similarities in human societies over time. While their discoveries are essential to the documenting of history, they may also sometimes prove beneficial to contemporary culture, by unveiling information that can help to avoid difficulties encountered in the past.

While archaeologists generally work in the field, excavating artifacts and studying historical structures, some also find employment as university professors or museum curators. Both curators and archivists organize and analyze large collections of evidence brought in from the field. They help interpret information from these collections and bring it to the attention of the public and community. Additionally, they oversee technical aspects of preservation and the display of exhibits within the museum.

Linguistic anthropologists research language development and how it applies to modern cultures. For example, they might examine why the dialect of people in the southeastern United States carries a negative stereotype or why the Inuit have 15 different words to describe snow. The objectives of these studies are to understand the values and concerns that are important to a specific culture and to develop more effective intercultural relationships.

They seek answers to rather large questions like: How is language connected to the way we live, the way that power is assigned, the way we adapt, and the way we are governed? How has it been shaped by and how does it shape social identity and perceptions of reality?

Biological or physical anthropologists study the evolution and development of the human species. They pursue answers to questions like: How do humans adapt to different environments? What causes disease and early death? How did homosapiens evolve from other animals?

This branch of anthropology also endeavors to explain human variation by studying the differences in hair and skin color, the differences in blood types, the relationship between behavior and health, and the distribution of genetic traits. By gathering extensive data on these structures, biological anthropologists hope to increase health and decrease the spread of diseases. In short, they seek to make contributions to the holistic understanding of humans.

To arrive at their hypotheses and conclusions about human ancestry, these anthropologists study humans, both living and dead; other primates such as monkeys and apes; and fossil evidence.

Forensic anthropologists are called upon to determine who died, how they died, and how long ago they died. They can read skeletons (skeletons of any age, modern or ancient) like you and I can read a book. Bones and teeth provide them with information on whether the remains are of an adult or of a child, and also provide clues to their diet, ways of life, sex, and ancestry. Trauma, disease, and cause of death can be indicated when they take a close look at the bones (abnormal shapes, sizes, density, fractures, cuts, bullet holes, etc). 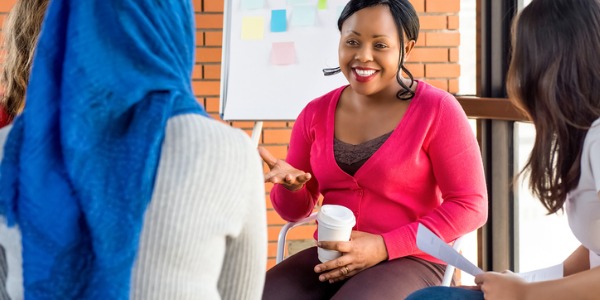 Are you suited to be an anthropologist?

Anthropologists have distinct personalities. They tend to be investigative individuals, which means they’re intellectual, introspective, and inquisitive. They are curious, methodical, rational, analytical, and logical. Some of them are also artistic, meaning they’re creative, intuitive, sensitive, articulate, and expressive.

Does this sound like you? Take our free career test to find out if anthropologist is one of your top career matches.

Most anthropologists are employed by governments or universities, where they conduct the majority of their research or teach anthropology to college students.

Researchers and professors work indoors year round. They traditionally enjoy a regular schedule of work hours, though at times more than 40 hours per week are required. Much of their time is spent writing reports based on research data and critical thinking related to their field. In addition to teaching and creating course syllabi, professors may also contribute on research teams at major universities.

Social scientists and other anthropologists employed by the government and major firms also benefit from a regular work schedule and light physical demands. They spend most of the day in an office, researching relevant information and preparing reports for their employers. Some social scientists also go into the field to collect data for their research on a given assignment.

Field work is necessary for some types of anthropologists. Archaeologists may travel around the world to uncover artifacts to aid in their research. Physical anthropologists will also travel afar, studying primates in their natural environments. Scientists in these positions must have strong physical stamina and be accustomed to working in a variety of weather conditions and climates.