The Earth is ever-changing, and studying certain aspects of it and its topography is the job of a geodesist.

Geodesists measure and monitor the Earth to determine the exact coordinates of any point. They are scientists who use satellite images and on-the-ground surveys to put together a complete picture of the Earth's measurements.

By using the process of applied mathematics and physics, geodesists use tangible measurements and calculations rather than theory. GIS technicians and other mapping specialists use this data for various applications.

What does a Geodesist do?

The Earth is growing and changing all the time. Just as a growing child gets measured, the Earth too needs to keep track of its changes — for example, measuring melting glaciers and moving plates.

Geodesy is the science of measuring and understanding three properties of the Earth: 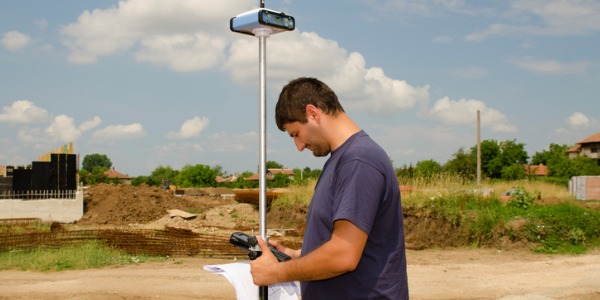 This field differs from fields like cartography or geography, as it is primarily concerned with how things that are not visible to the human eye alter the Earth’s appearance.

Geodesists survey land to determine precise coordinates of topological features of the earth. They take measurements and use powerful telescopes to calculate planetary processes.

Geodesists use equipment such as remote sensing, and since the invention of satellite technology they have used a GIS (geographic information system) to calculate distances. By using this method, they have the ability to create detailed mappings of the Earth's shape, measurements, and characteristics. They are able to measure the distance of two points on Earth to within approximately 1mm, and are able to track the rise of the mean ocean surface to about 1.7 mm per year.

Geodesists study things that can change the topographical aspects of the earth, such as gravitational pull, tectonic plates, polar activity, and the rotation of the Earth. The pull of gravity can be measured with amazing accuracy (detecting changes of one billionth of your body weight).

Geodesists also measure distances between multiple points, which include those between Earth and other planetary bodies. The information gathered determines things like how quickly a glacier is melting, and whether or not continents are spreading apart.

Other types of scientists will use this information to predict how the landscape will change and what the world will look like in a few years.

Are you suited to be a geodesist?

Geodesists have distinct personalities. They tend to be investigative individuals, which means they’re intellectual, introspective, and inquisitive. They are curious, methodical, rational, analytical, and logical. Some of them are also conventional, meaning they’re conscientious and conservative.

Does this sound like you? Take our free career test to find out if geodesist is one of your top career matches.

Geodesists work for land and planning services as surveyors. They also work with/for architects, taking measurements to ensure that buildings or urban plans are constructed on structurally sound surfaces and that measurements are aligned.