What is an Atmospheric Scientist?

How interesting would it be to study the Earth's atmosphere and all its inner-workings?

Atmospheric scientists get to do this and more! They study the scientific and mathematical aspects of the Earth's atmosphere, climate and weather. They develop reports, forecasts, and climate change research from their analysis of weather and climate data.

What does an Atmospheric Scientist do? 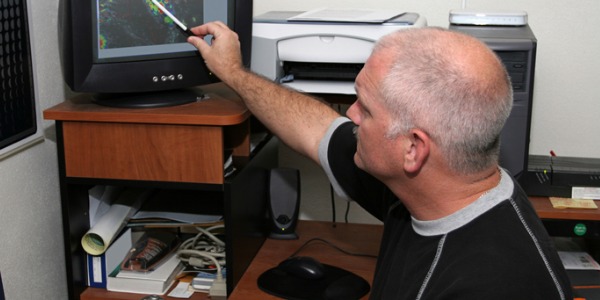 An atmospheric scientist uses highly developed instruments and computer programs to do their jobs. For example, they use weather balloons, radar systems, satellites, and sensors to monitor the weather and collect data. The data they collect and analyze are critical to understanding air pollution, drought, loss of the ozone layer, and other problems. They also use graphics software to illustrate their forecasts and reports.

Many atmospheric scientists work with scientists and professionals in other fields to help solve problems in areas such as commerce, energy, transportation, agriculture, and the environment. For example, some work on teams with other scientists and engineers to find the best locations for new wind farms, which are groups of wind turbines used to generate electricity. Others work closely with hydrologists to monitor the impact climate change has on water supplies and to manage water resources.

Are you suited to be an atmospheric scientist?

Atmospheric scientists have distinct personalities. They tend to be investigative individuals, which means they’re intellectual, introspective, and inquisitive. They are curious, methodical, rational, analytical, and logical. Some of them are also artistic, meaning they’re creative, intuitive, sensitive, articulate, and expressive.

Does this sound like you? Take our free career test to find out if atmospheric scientist is one of your top career matches.

What is the workplace of an Atmospheric Scientist like?

Atmospheric scientists involved in research often work in offices and laboratories, but they may travel frequently to collect data in the field and to observe weather events, such as tornadoes, up close. They watch actual weather conditions from the ground or from an aircraft.

Atmospheric scientists who work in private industry may have to travel to meet with clients or to gather information in the field. For example, forensic meteorologists may need to collect information from the scene of an accident as part of their investigation.