What is a Chemist?

Did you love science as a kid? Was your erupting volcano the best in your class? You were probably a chemist in the making!

Almost every industry benefits from the theories and chemical compounds brought about by research in the chemical sciences.

What does a Chemist do?

A chemist will often work as part of a larger research team in order to create much needed compounds for use in a wide variety of practical applications. A chemist also works to improve the quality of established chemical products and utilizes advanced computer programs to establish new technologies in the field. 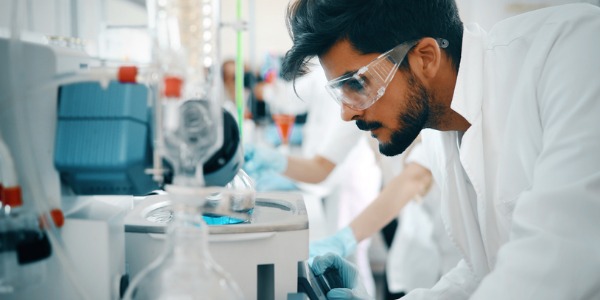 All chemists work with simple forms of matter to either reach a greater understanding of the chemical itself, uncover the elements of unfamiliar substances or create entirely new chemical compounds for use in a variety of applications.

Chemists typically specialize in one of the sub disciplines of chemistry, the most prominent of those being:

There are even those involved in forensic chemistry who work with law enforcement to establish evidence in criminal investigations. Some of the sub disciplines are interrelated because of the complex and widespread nature of the field.

Biochemist
Biochemists work only with those chemicals and reactions that occur in living organisms. Also known by its longer name, biological chemistry, the field covers all types of biomedical research.

Biochemists delve deep and experiment with organic matter on a cellular level to produce new technologies in genetic engineering, pharmaceutical drugs, DNA therapies and even agricultural products. Human insulin, prenatal diagnosis of genetic conditions, DNA testing, and improvements in crop yield were all a result of the work of biochemists.

Biochemists that work in basic research may study the genetic mutations in organisms that lead to cancer and other diseases. Others may study the evolution of plants and animals to understand how genetic traits are carried through successive generations.

Biochemists who do applied research develop products and processes that improve our lives. For example, in medicine, biochemists and biophysicists develop tests used to detect diseases, genetic disorders, and other illnesses. They also develop new drugs and medications, such as those used to treat cancer or Alzheimer’s disease.

Neurochemist
Neurochemistry (combination of neuroscience and chemistry) is the study of neurochemicals; the system that allows the brain to function by using chemicals (neurotransmitters). These neurotransmitters are needed in order to move information around in the brain.

Since each person's brain chemistry varies, so do the levels of neurotransmitters in each brain. These levels affect each person's brain function differently, therefore explaining the many behavioural disorders out there. Environment, age, diet, medications, drugs, cigarettes, and alcohol can influence the levels of neurotransmitters and their receptors in the brain - with some of these having long-term affects (such as nicotine).

A neurochemist is a biochemist who specializes in the area of neurochemicals, and seeks to research and understand the biochemistry and molecular biology of organic compounds in the nervous system. Neurochemists have mostly research-based jobs, where they study the human brain and nervous system in order to understand human thoughts, emotions, and behaviour.

Nuclear Chemist
Another subfield, nuclear chemistry, deals specifically with radioactivity and other properties and processes of nuclear matter. Nuclear chemists study the effects of radiation on living things in order to create medical treatments which will counteract or prevent negative outcomes on the cellular level. They may also aid in the development of new technologies to create or harness radioactive power.

A nuclear chemist working at a power plant, for example, might study which chemical compound allows for the safest storage of radioactive material or investigate new and more efficient ways of extracting nuclear power.

Theoretical Chemist
Theoretical chemists explore scientific ideas and theories in an attempt to more fully explain chemical reactions. Scientists in this field work with advanced subjects like quantum chemistry, molecular dynamics, statistical thermodynamics and quantum mechanics in order to develop solid theories which can be applied in industrial, medical and nuclear applications.

Are you suited to be a chemist?

Chemists have distinct personalities. They tend to be investigative individuals, which means they’re intellectual, introspective, and inquisitive. They are curious, methodical, rational, analytical, and logical. Some of them are also realistic, meaning they’re independent, stable, persistent, genuine, practical, and thrifty.

Does this sound like you? Take our free career test to find out if chemist is one of your top career matches.

Chemists mostly work indoors in laboratories and other controlled environments conducive to compromised research. They work with various types of scientific equipment, such as spectrometers and chromatographs, which allow them to examine and evaluate chemicals and compounds at a microscopic level.

Chemists tend to work in teams and may have assistants or working students at their disposal. These apprentices perform more menial tasks so the chemists can focus on evaluating the results in order to create new theories and applications for chemical compounds.

They are employed by both governmental agencies and companies in the private sector. Some chemists work in college and university research departments and those with a doctoral degree may work in an educational setting, teaching students the fundamentals of chemistry.

Chemists typically maintain a regular work schedule and are largely self-managed during the work day due to the unpredictable nature of their work. 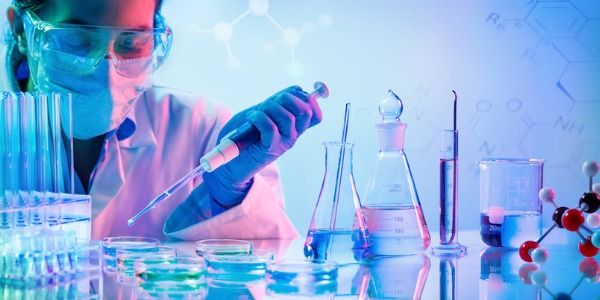